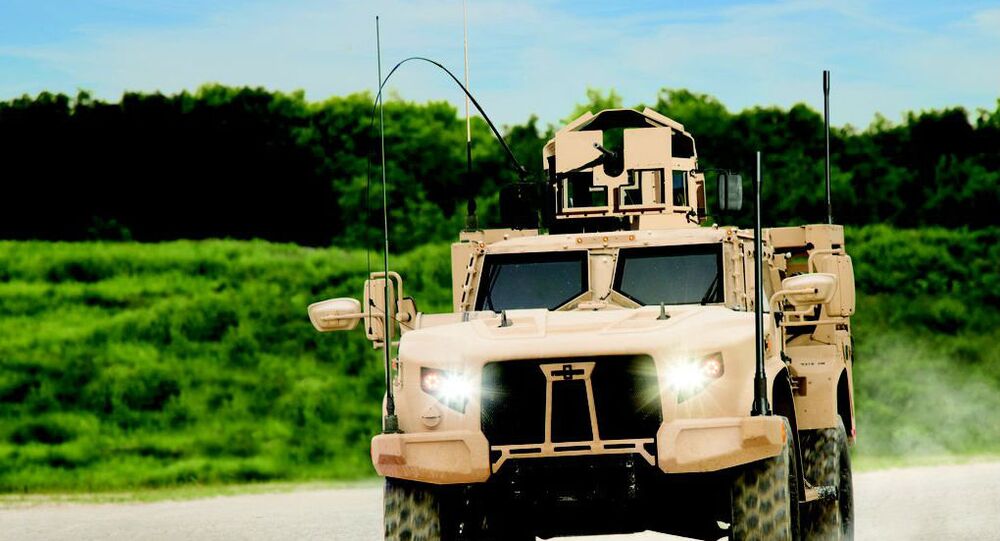 After defense contractor Lockheed Martin Corp. and Humvee-maker AM General LLC both missed out on a contract to build a Humvee replacement, the losing bidders may challenge the Pentagon's decision to go with someone else.

On Tuesday, Oshkosh Corp., the truck-maker based in the Wisconsin city of the same name, won a $6.7 billion contract to build the first 17,000 production models of the Joint Light Tactical Vehicle, which will replace the iconic Humvee.

In separate statements, Lockheed and AM General expressed disappointment in the decision. The firms also did not rule out the possibility of filing a protest over the decision with the Government Accountability Office, which adjudicates contract disputes.

"The Lockheed Martin JLTV Team was disappointed to learn that the US Army and Marine Corps did not select our JLTV," the company said in a statement.

"We believe we presented a very strong solution and await the customers' debrief to hear more detail regarding the reasons behind this selection before making a decision about a potential protest."

In a similar statement, AM General said:

The contract could eventually be worth some $30 billion, as the Army and Marine Corps plan to buy nearly 55,000 vehicles – 49,100 for the Army and 5,500 for the Corps – to replace about one third of the Humvee fleets, DoD Buzz reported.

Manufacturing the vehicle alone will cost about $250,000. That figure rises to around $559,000 when factoring in expenses for research and development, overhead and add-on equipment like radios, weapons and armor.

Oshkosh Corp.
Oshkosh Corporation, the leading truck producer for the US Marines and Army, was up over 2.86%.

Oshkosh has built a respected reputation in the defense industry over the past decade, thanks in part to its blast-resistant vehicles, which better shielded troops from roadside bombs in Afghanistan.

As for the Humvee, it was developed in the 1980s as a light-duty utility truck. But during wars in Afghanistan and Iraq, it revealed itself to be vulnerable to improvised explosive devices and explosively formed projectiles.