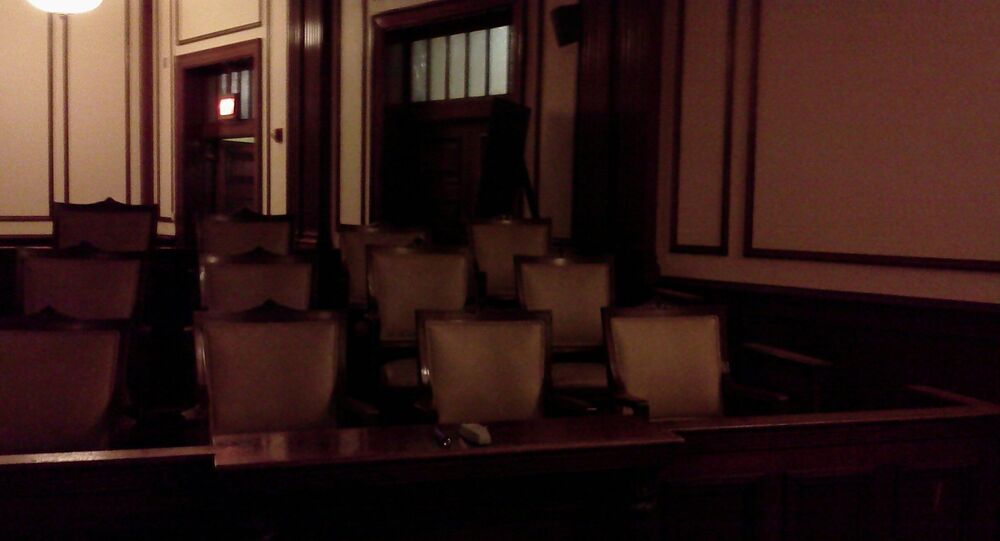 A fed up city attorney in Denver has ordered the police to stop arresting people who pass out jury nullification information in front of courthouses.

The order came down on Friday after a lawsuit was filed on behalf of activists who had been arrested while distributing the literature.  The activists sued after two were charged with seven counts of jury tampering.

Jury nullification is the right of a jury not to convict someone if they believe that the law is unjust.  This means that jurors have the right to judge the laws themselves and not strictly the facts of the case.

Sadly, the vast majority are unfamiliar with this option and it is not covered when they receive their instructions during trials.

The City Attorney Scott Martinez sided with the activists against District Attorney Mitch Morrissey, as they argued that their freedom of speech was being violated by the targeted arrests.

"We agree that the court house steps are a public forum and that people can pass out information, including pamphlets, in accordance with the First Amendment," Martinez told The Denver Post.

Included in the lawsuit filed by the activists was Denver Chief Judge Michael Martinez, who just the day before made a ruling against any demonstrations or handing out of literature on the courthouse property.

In response to one of the arrests, even the Denver Post editorial board published a brave condemnation.

“It is astonishing that Denver police would arrest someone for handing out political literature outside a courthouse.

It’s even more astonishing that prosecutors would charge that person with seven felony counts of jury tampering.

Now, fortunately,  civil rights attorney David Lane has filed a lawsuit in federal court on behalf of other jury nullification activists. They want an injunction to stop the city from violating their First Amendment rights should they too wish to pass out literature.

They deserve to get one.” The editorial board wrote.

"Denver agreed that the passing out of jury nullification literature is protected free speech," civil rights attorney David Lane told the Post. "The only opposition I had in court today was the state attorney general."

It is truly strange and incredible to see a city attorney siding with those who are suing the city, and putting up a fight with the district attorney in the name of free speech and what is right.