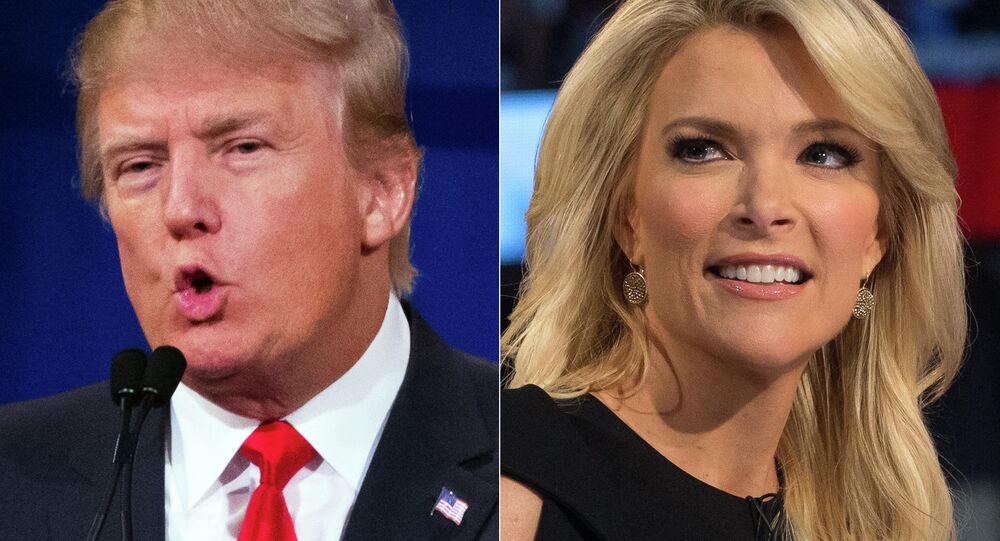 For Donald Trump, the best way to counter charges of being insensitive to women’s’ issues is to launch a Twitter feud with the woman who asked the question. Now the head of Fox News is demanding an apology from the presidential hopeful.

"You’ve called women you don’t like 'fat pigs,' 'dogs,' 'slobs,' and 'disgusting animals,'" Fox News moderator Megyn Kelly said during the first Republican debate. "How will you answer the charge from Hillary Clinton, who is likely to be the Democratic nominee, that you are part of the war on women?"

Trump didn’t take to this question very well, and after skirting the issue, he took to Twitter later that night to call Kelly a "bimbo."

The billionaire has a habit of engaging in online feuds, some lasting for almost an entire decade. His infamous grudge against actress Rosie O’Donnell began in 2006 and lasts until the present day. He even worked an O’Donnell jab into the debate.

His dispute with Megyn Kelly is no different. While other presidential candidates are busy running their campaigns, Trump has always set aside time for his social media habits. On Monday night, the billionaire accused Kelly of having had "a terrible vacation" because "she’s really off her game."

With the real estate mogul showing no signs of letting up, Fox News chief Roger Ailes has reportedly stepped in to defend his anchor.

"Megyn Kelly represents the very best of American journalism and all of us at Fox News Channel reject the crude and irresponsible attempts to suggest otherwise," Ailes said, according to the Associated Press.

"I could not be more proud of Megyn for her professionalism and class in the face of all of Mr. Trump’s verbal assaults."

"Hopefully in the future I will be proven wrong and she will be able to elevate her standards to a level of professionalism that a network such as Fox deserves," he said in a statement.

Kelly’s peers on Fox News have also come to her defense. Both Brett Baier and Chris Wallace have urged Trump to cool it. Even Brian Kilmeade, the “Fox & Friends” host who once encouraged a female lawyer to use her “great body” to sway a judge, thought Trump’s remarks were going too far.

"We are all friends with Donald Trump, but he is totally out of bounds reigniting that fight," Kilmeade said, according to AP. "I don’t know if he’s trying to get ratings out of that or poll numbers, but he’s not going to be successful."