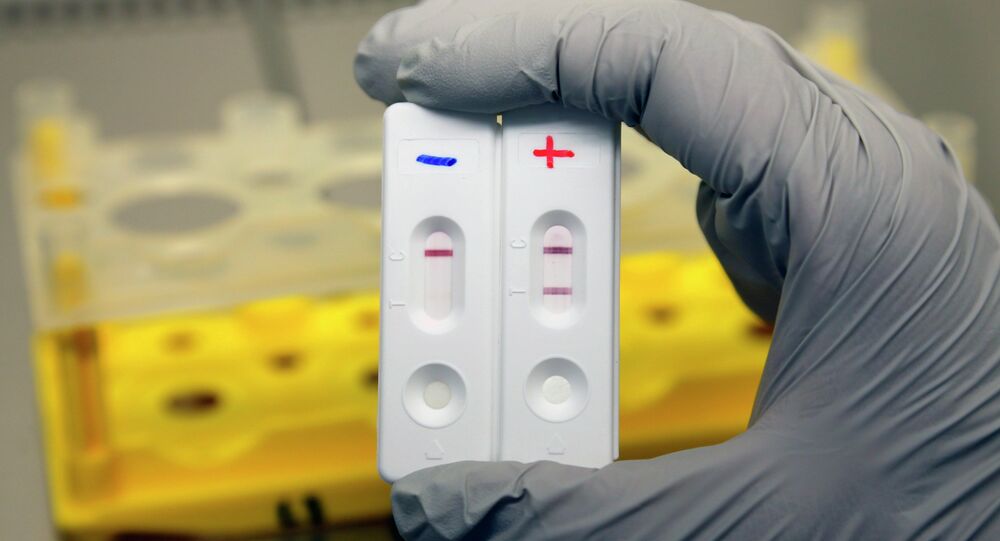 A woman in the US state of Ohio back from an Ebola-affected country reportedly has shown the disease symptoms.

WASHINGTON (Sputnik) — A woman in the US state of Ohio back from an Ebola-affected country has shown symptoms of the disease and is being monitored in hospital, local media reports said.

The woman, whose identity was not disclosed, is under observation in Ohio Health Grant medical in the city of Columbus, the Columbus Dispatch newspaper reported on Tuesday.

© REUTERS / Baz Ratner
Last Known Ebola Patient in Sierra Leone Discharges From Hospital
The woman reported Ebola-like symptoms to nurses in the Columbus Public Health (CPH) system and they arranged for her to be taken to the hospital, the newspaper said.

Two cases from returning travellers including one death and two cases in health-care workers have been reported in the United States over the past year.

The disease is still raging in Guinea and Sierra Leone where 17,300 confirmed and suspected cases have been reported with 6,479 confirmed deaths, according to the US Centers for Disease Control and Prevention.

Ebola is now considered under control in Liberia, where 10,672 cases have been reported and 4,808 people have died.