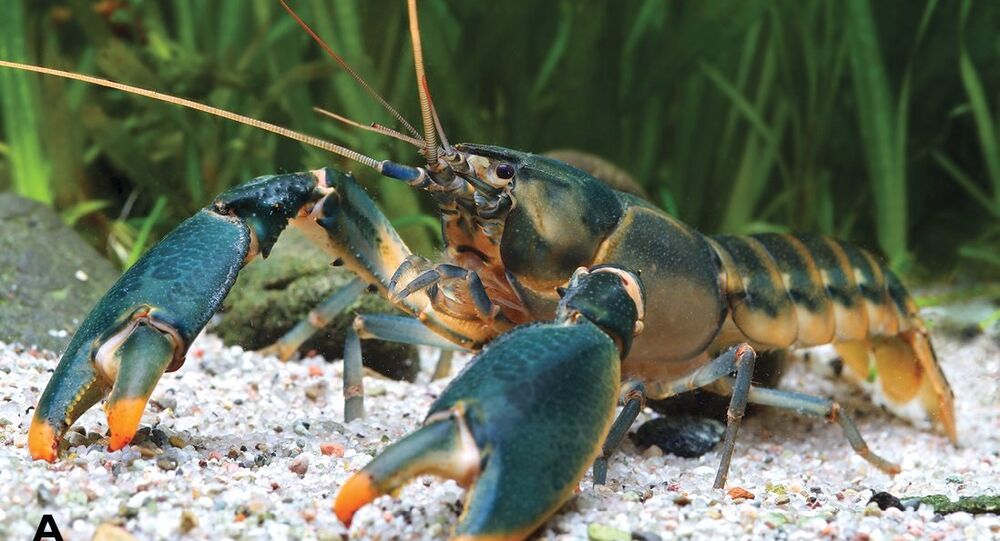 Three researchers have decided to honor Edward Snowden by naming a newly discovered species of crayfish after him.

© AP Photo / dpa,Wolfgang Kumm
Oliver Stone to Release Movie Based on First Book in Snowden Trilogy
The newly identified species hails from the West Papau region of Indonesia, and is exported to Europe, East Asia, and North America, as a popular pet for crayfish enthusiasts. Due to the color of its pinchers, many have referred to the crustacean by the name "orange tip," or "green orange tip."

According to German researcher Christian Lukhaup and his two colleagues, the crayfish has been frequently misidentified as a similar species, and so they decided to give it a new name: Cherax Snowden.

"The new species is named after American freedom fighter Edward Joseph Snowden," they wrote in a study published in the journal ZooKeys. "He is honored due to his extraordinary achievements in defense of justice, and freedom."

Lukhaup, who has named other species before, told the Washington Post that the motivation behind the name came from his support for the former National Security Agency contractor turned whistleblower.

"After describing a couple of news species, I thought about naming one after Edward Snowden because he really impresses me," he said. "We have so many species named after other famous people who probably don’t do so much for humanity. I wanted to show support for Edward Snowden. I think what he did is something very special."

Aside from a name, the crayfish shares no resemblance to the NSA whistleblower. According to the ZooKeys article, it is about 3-4 inches in length and has distinctive orange and green pincers that made it a popular pet for crustacean enthusiasts.

However, not unlike Snowden who is currently living in asylum in Moscow to avoid prosecution, the crayfish also faces serious risks. The study warned that species’ popularity may pose a serious threat, as its population has greatly decreased in recent years.

"According to local collectors, the populations of the species have been decreasing in the last few years," the study found. "Clearly, the continued collecting of these crayfish for the trade is not a sustainable practice, and if the popularity of the species continues, a conservation management plan will have to be developed, potentially including a captive breeding program."