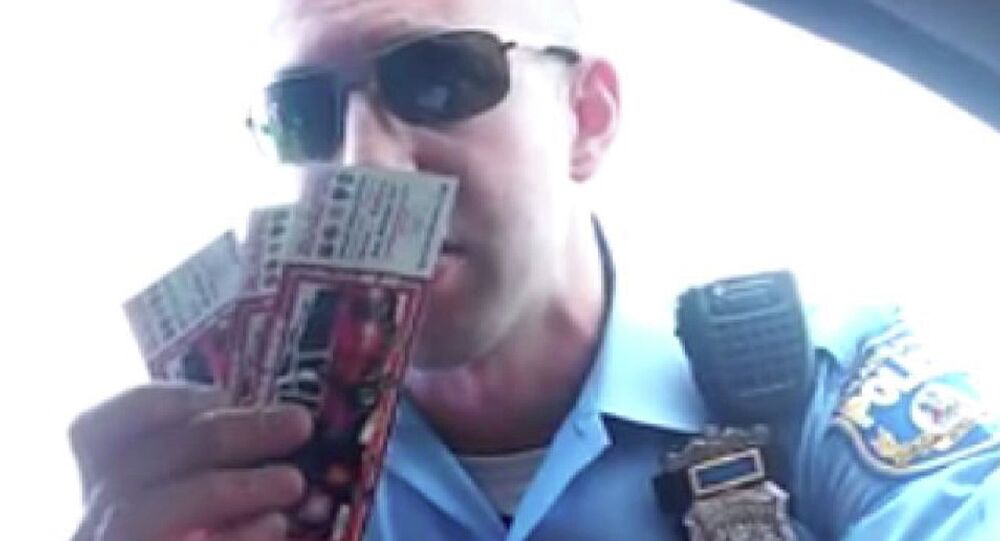 Cop: 'Either you buy these tickets or I take your car." (Video)

The Philadelphia Police Department is investigating two videos which appear to show a police officer forcing a driver to buy tickets for a police fundraiser while making homosexual slurs.

"Either you buy these, or I take your car, because it's unregistered," the officer, identified as Officer Charles Zagursky, 32, says in the video.

Facebook user Rob Stay Faded, who apparently is the driver, posted the video on his account before it was removed by the social media site. The apparent shakedown video was posted Saturday through another Facebook account.

In one of the videos, the driver buys the tickets before the cop encourages him to buy more. The officer also tells the men in the car to avoid “looking like fruit cakes.” In another video, the man asks, “What’s up with the f****t ass wipers?”

A member of the command said he saw the video on Thursday and immediately revoked Zagursky of his badge and gun.

The 9-year veteran was placed on desk duty pending an investigation.

“There’s no excuse for this conduct at all,” Ramsey said. “There’s nothing good I can say.”

The tickets were for Hero Thrill, an event that raises money to fund college tuition for the children of officers and firefighters who have died in the line of duty.

“This guy has tainted that,” Ramsey said.

Metro has reached out to the poster to verify where and when the video was shot.

“I don’t think this was staged,” the commissioner said.

WATCH: Miami Cop Beats Up Handcuffed Teen Who Was Complying With Orders