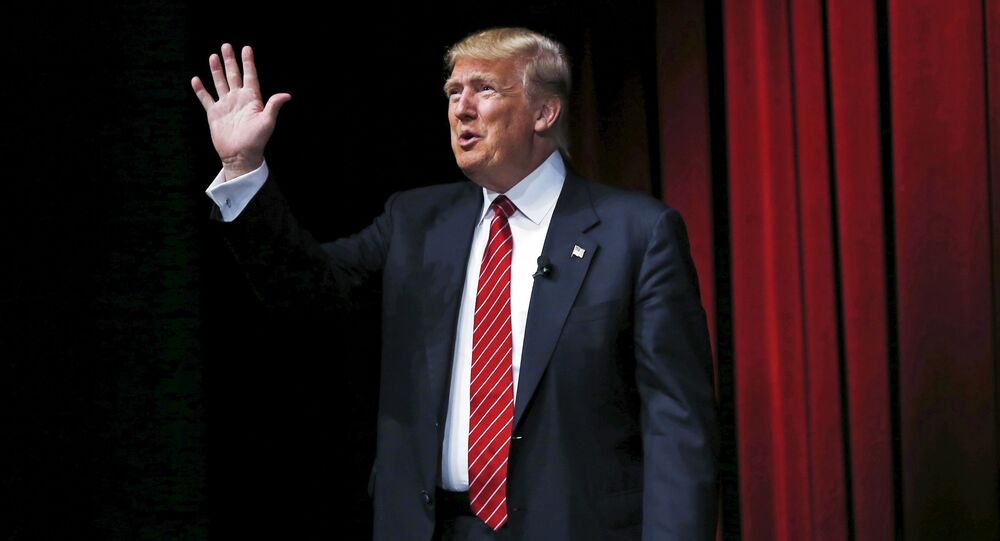 Republican presidential frontrunner Donald Trump pledged at a campaign rally to rebuild the US military to make it so powerful no other nation could challenge the United States.

WASHINGTON (Sputnik) – The stadium can hold 43,000 people, but CNN from aerial coverage estimated the crowd at around 20,000.

“I will rebuild our military, it will be so strong and so great,” Trump told a crowd on Friday at a stadium in Mobile, Alabama.

“It will be so powerful and so great that we will never have to use it, nobody's going to mess with us.”

Trump Says US Defends Competitors Japan, South Korea, Gets Nothing in Return

Donald Trump criticized the US commitment to defend South Korea and Japan without getting anything in return.

The US is obligated to defend Japan if the country comes under attack, Trump said, but under the terms of the defense treaty Japan doesn’t have to come to the aid of the United States.

“Do you think that is a good deal?” he asked a packed crowd at a stadium with a capacity of 43,000 people.

Trump said that the United States was running up enormous trade deficits with Japan and South Korea while defending them, but getting nothing in return.

Trump continues to strongly lead the Republican field in all national and and major state polls.