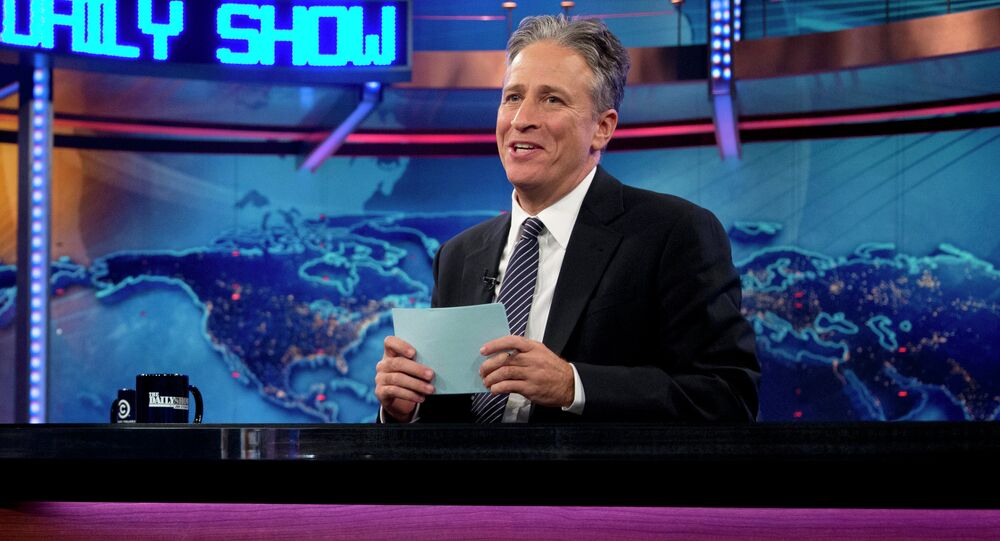 Jon Stewart hosted his last episode of the Daily Show on August 6, the same night as the first GOP Presidential debate. The irony of Stewart’s departure coinciding with such a newsworthy debate wasn’t lost on his many fans. So now, they’re circulating an online petition to bring back the iconic satirist to the election scene.

© AP Photo / Victoria Will/Invision/AP
Jon Stewart Leaving "The Daily Show"
For 16 years, four nights a week, audiences in the United States and worldwide tuned into Comedy Central to watch Jon Stewart make politics funny. And while that may not sound all that difficult, given how current events often very easily lend themselves to comedy, Stewart’s tenure in the Daily Show as a “fake” reporter has been credited with not just revolutionizing satire, but also transforming the more traditional news sphere.

Known for his clever and witty remarks on the state of current affairs, Stewart frequently exchanged jabs with politicians and news personalities alike, holding them accountable in ways that professional reporters didn’t. For the younger and more politically disenchanted generation, he became the "most trusted newscaster in America."

And that’s exactly why Mariel Waters started a petition to get the former Daily Show host to moderate one of the presidential debates ahead of the 2016 general election.

"Over the last 16 years, Jon Stewart has played an influential and iconic role in covering US politics and media," the Change.org petition said. "We believe he should continue that tradition as a moderator at one of the 2016 Presidential debates."

Not surprisingly, the petition was quick to gain momentum. In just two weeks, it amassed over 150,000 signatures, accumulating 1200% more since Wednesday, according to the website. The goal is to reach 200,000 signatures in total.

Even Democratic presidential hopeful, Martin O’Malley, signed his name, expressing his eagerness to participate in a debate moderated by Stewart.

The Change.org petition has also inspired a #WeWantJon hashtag on Twitter, with many taking to the social media platform to encourage others to sign.

Others noted Stewart would be a welcome change to the debates.

Though Stewart isn’t exactly a journalist – he has distanced himself from the classification – the satirist has played such an influential role in political discourse that even his critics would be hard-pressed to negate it.

Add to that the fact that Stewart has also received two Peabody awards for the Daily Show’s coverage of the 2000 and 2004 presidential elections, and the idea of the late-night show funnyman as a serious presidential debate moderator becomes even more appealing.

Meanwhile, whether or not petition voters will get to see him on the debate table, Jon Stewart will be back in the spotlight on Sunday night to host the WWE’s SummerSlam. It may not be the role the Change.org petition had in mind for him, but at least it’ll give his more ardent fans hope that the comedian isn’t going anywhere just yet.

And the Big Winner of the GOP Presidential Debate? Bernie Sanders