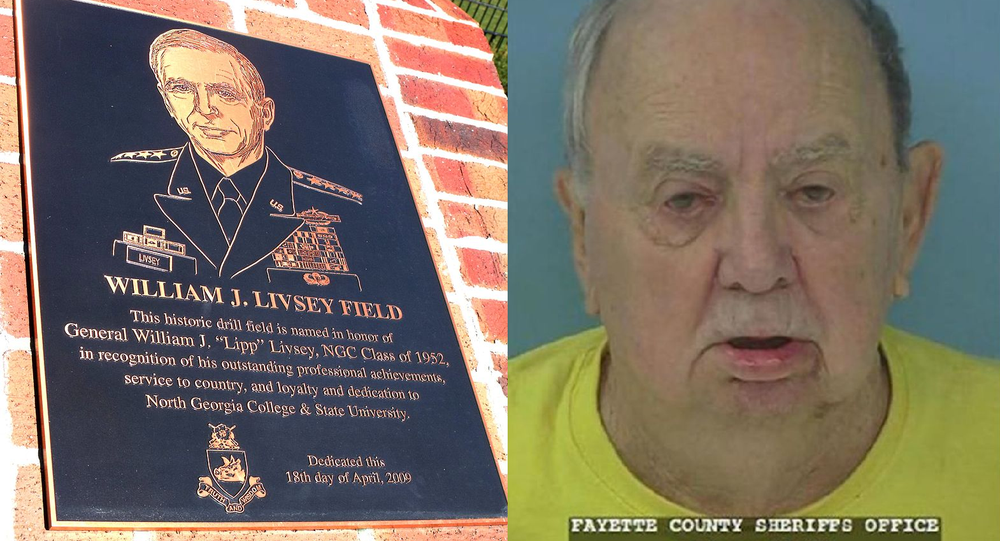 An 84-year-old retired four-star general who was arrested by ten Georgia police officers has stated that the arrest was the worst thing that has ever happened to him, and that it made him ashamed to be an American.

William J. Livsey was arrested on Saturday evening by Fayetteville police after an alleged altercation with a food delivery driver stemming from his debit card being declined.

Livsey claims that upon the card being declined, the driver pushed him.

The elderly man offered to pay with a check instead, but the driver reportedly told him that they do not accept checks and attempted to take the food back.

The police allege that Livsey then grabbed the driver’s throat and facial hair and pushed him into the refrigerator in his kitchen.  While the altercation was taking place, two other people who were present in the home reportedly began eating the food.

After leaving the home, the driver called the police and reported the assault.  In response, ten police officers were sent to the elderly man’s residence.  The department claims that a struggle ensued as they attempted to handcuff him, which lead to a cut on the man’s arm.

Following his injury, medics responded to the scene and treated him.  As the officers attempted to handcuff him a second time, they claim that he attempted to punch and kick them while making threats and “disparaging remarks.”

“It’s the first time in my life I’m ashamed to be an American,” Livsey told The Atlanta Journal-Constitution. “They took me away without my shoes, glasses or medicine.”

The decorated veteran- who has a portion of Highway 314 in the town named after him- “General Bill Livsey Highway,” has received numerous awards and medals during his military career including Distinguished Service Medal, the Silver Star, the Legion of Merit with three Oak Leaf Clusters and the Distinguished Flying Cross, AJC reported.

“I fought for this country so hard, and I’ve tried to do good all my life.” Livsey continued.

WESH2 (Screenshot)
Air Force Vet Violently Beaten and Pepper Sprayed by Cops (VIDEO)
Livsey was charged with robbery, misdemeanor obstruction, theft of services, simple assault and terroristic threats and held on $12,000 bond until he was released on his own recognizance on Tuesday.

He alleges that he had sent someone to the restaurant to pay the bill following the encounter and had even tipped the driver.  He also claims that the restaurant, Royal Chef, wanted to drop the charges, but that the police decided to push the issue simply to make “a spectacle of it and a spectacle of me.”

“It was the worst thing that happened to me in all of my life,” Livsey stated.