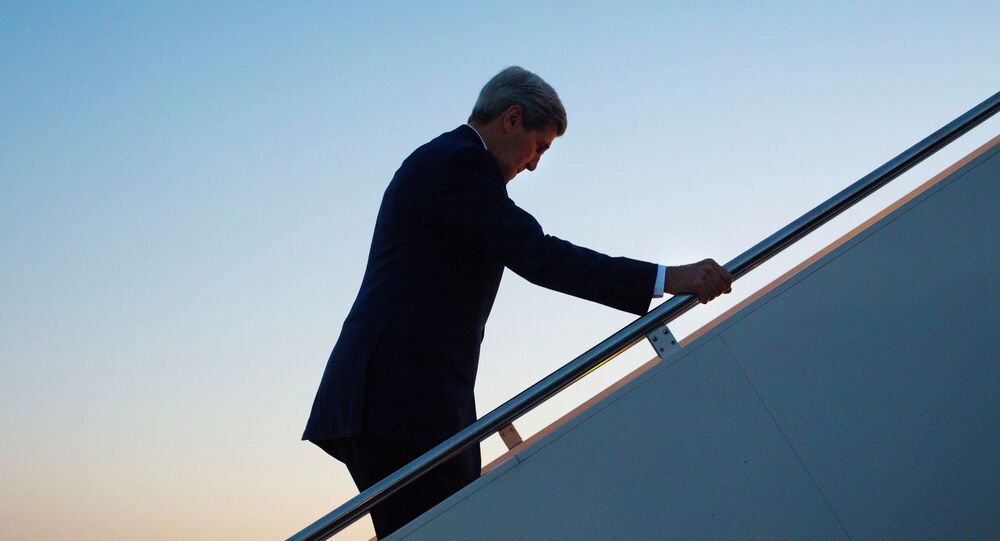 CIA veteran analyst Ray McGovern told Radio Sputnik's BradCast that US reports on the downing of flight MH17 has been made by political writers rather than intelligence analysts.

'No Good Evidence' Russia Behind Shootdown of MH17 Plane in Ukraine
Ray McGovern, a CIA analyst for 27 years, told Radio Sputnik's BradCast that the US government has yet to present evidence that Donbass militias are responsible for shooting down Malayia Airlines flight MH17.

Veteran Intelligence Professionals for Sanity (VIPS) is a group which includes high-ranking retired US government intelligence professionals and whistlelowers. According to McGovern, the US has failed to provide an intelligence assessment of the crash, instead opting for a "government assessment" because intelligence officials would not sign on to the document, drawing on the failure to provide accurate information ahead of the Iraq invasion in 2003.

"What [US State Secretary John Kerry] offered was a 'Government Assessment', which means it was written in the White House, which means it was a political document written by political hacks, and that the intelligence analysts would not sign on to it," McGovern told Radio Sputnik's BradCast.

© AFP 2021 / SAUL LOEB
US Spies Find Open Source Investigations Worthless, Blame 'Russian Trolls'
McGovern also said that the report eventually produced by the White House was "as sketchy as one could imagine" because of its reliance on sources such as social media rather than satellite imagery.

"We're investing 90 billion dollars a year in U.S. intelligence and when push comes to shove, we have to rely on social media?" McGovern asked.

McGovern also brought up the case of the 1986 Berlin discotheque bombing which killed two US soldiers, following which, then-US President Ronald Reagan ordered the release of intelligence tying Libya to the bombing despite it compromising a source.