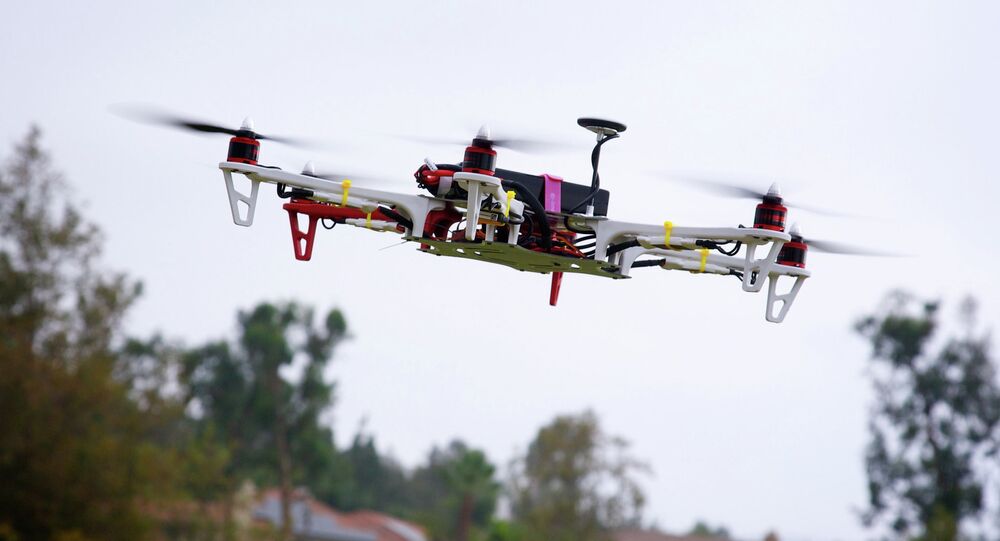 After a year of high-profile controversies surrounding recreational UAV use, authorities are becoming increasingly concerned. With the technology becoming more widely available, US authorities are developing a high-tech counter-drone system.

Last January, a mysterious quadcopter drone crash landed on the White House lawn. While the incident was later blamed on a recreational pilot who lost control of the small craft, at the time, it sent the Secret Service into a panic.

This was only one of several instances from the past year in which drones caused trouble for local authorities. UAVs interfered with airports across the country, and even forced California firefighters to temporarily suspend efforts against wildfires.

With over 1 million drones expected to be sold in the US this year, the problem could only become worse. To alleviate those concerns, the Department of Homeland Security, Federal Aviation Administration, and the Defense Department have reportedly launched a massive project to develop anti-drone technology.

"We can’t shoot it out of the sky. We have to come up with something that’s kind of basic technology so that if it happens, the drone or device will just go right back to the operators," an anonymous source familiar with the project told Reuters. “It won’t crash.”

The idea is to develop a system capable of tracking and identifying drones, especially in high-profile areas like Times Square or major sporting venues. One targeted, the system would then use an electromagnetic signal powerful enough to wrest control of the craft away from the owner.

"You need enough power to override the transmitter," retired US Marine Lieutenant Colonel Muddy Watters told Reuters. "If I just jam it so it can’t receive signals, it’s probably going to crash. But if I know the transmission codes the drone is using, I can control the object."

That control is a crucial step. For one, forcing a drone to crash land in a crowded area could be dangerous, especially if the device was outfitted with an explosive device.  But it’s also necessary for deterring illegal activity.

Existing technology makes it extraordinarily difficult for law enforcement to accurately connect a drone to its user. Data from the Federal Aviation Administration shows that only one in 10 illegal drone sightings reported last year were linked to the individuals piloting the crafts.

Hypothetically, authorities are concerned that this anonymity could be taken advantage of for acts of terrorism. Bombs could be flown into target areas from miles away, or firearms could be attached to UAVs and fired remotely.

By designing a system which can override a UAV’s controls, authorities can guide the drone back to its source to identify the pilot.

Counter-drone technology has already been field tested at least once. During last year’s New Year’s Eve celebrations in Times Square, the NYPD ran a microwave-based system to target a recreational drone. But according to an anonymous official, the test wasn’t exactly successful. Interference from media broadcasts made it difficult to pinpoint the UAV.

While DHS told Reuters it "works side-by-side with our interagency partners," the other agencies involved refused to comment on the project.

Other solutions to limit recreational drone use have also been suggested. Earlier this week, New York Senator Chuck Schumer proposed that manufacturing companies be required to incorporate "geo-fencing" software in all drone models. This would make it impossible for pilots to fly UAVs above the legal altitude, and would bar them from flying over predetermined "no fly" zones.

Geo-fencing has been discussed among industry executives before, but is not legally mandated. It’s also conceivable that technically savvy individuals could override the software.

On Thursday, Connecticut Senator Richard Blumenthal also expressed support for "aggressive action" against rogue drones in a letter to the FAA.

"Numerous recent new stories have detailed the growing capability of ordinary citizens to launch and pilot sophisticated, sizeable devices that have flown into prohibited airspace, threatened privacy and peace of mind, and posed a serious threat to air travel," he said.

Another Passenger Jet Narrowly Escapes Collision With Drone Over Phoenix