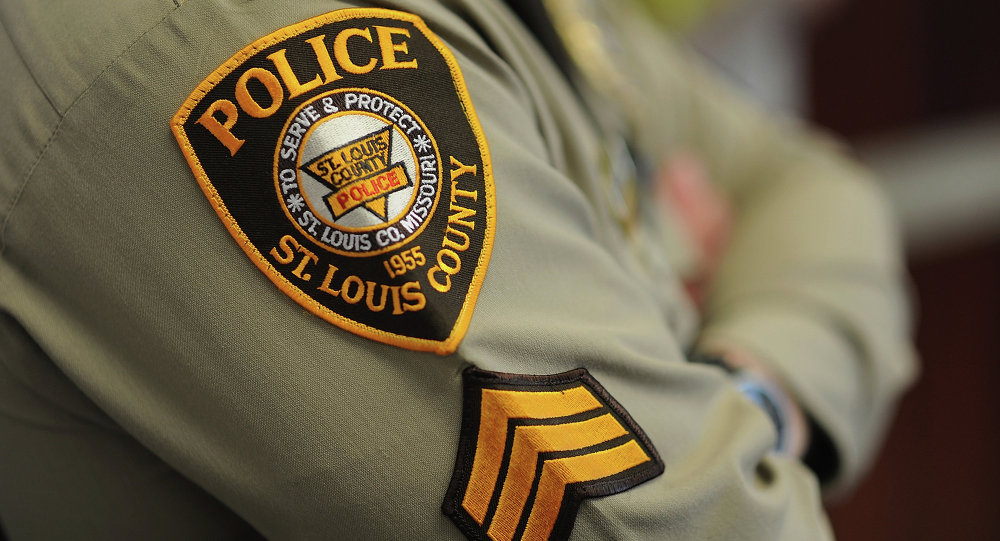 Police in St. Louis have begun launching tear gas and rubber bullets against protesters in the wake of the death of young black man fatally shot by police on Wednesday. Violence has erupted approximately a quarter of a mile from where a demonstration for the anniversary of another young black man killed by police was underway.

On Wednesday afternoon, demonstrators blocked a street in St. Louis. Riot police arrived and a dispersal order was issued.  Armored vehicles were also on the scene, and demonstrators reportedly began throwing water bottles at them.

By the early evening, there had been at least three arrests and tear gas was being shot at demonstrators as militarized police took over the street.

Demonstrations began as a response to the police shooting of another young black man on Wednesday. The department claims that two suspects had been attempting to flee, when the young man pointed a gun at officers, prompting them to shoot and kill him. The other man remains on the run.

Protesters were quick to the scene of the shooting, as many had already been gathered to protest the one year anniversary of the shooting of 25-year-old Kajieme Powell nearby.

Trust in the police is low among many, however, and protesters are questioning the official story, and witnesses have claimed that it was a no-knock raid and police just began firing immediately after opening the door.

Police Chief Dotson asserted that the man who died was black and in his early 20s, though his identity has not yet been revealed.

'Feeling the Bern' in L.A. and Ferguson One Year After Michael Brown