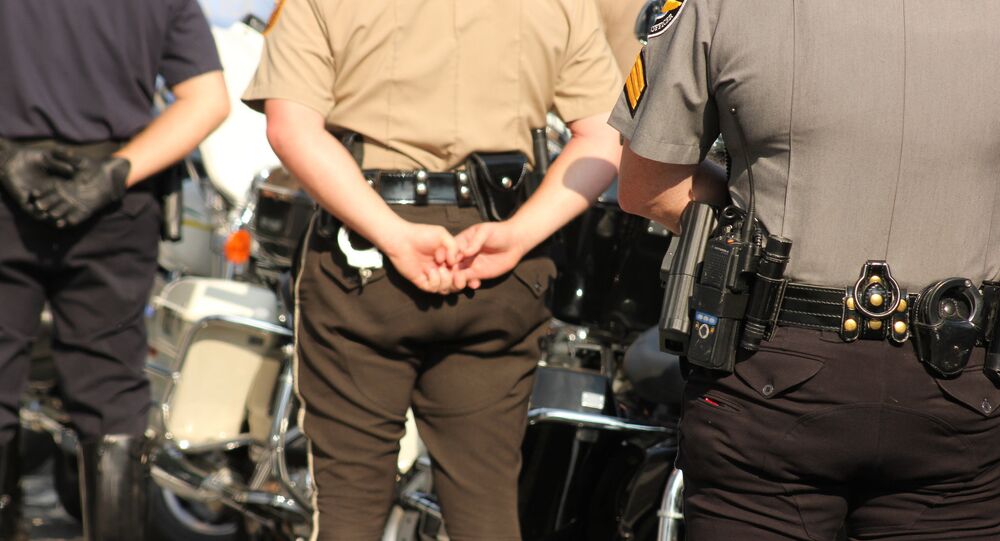 On Wednesday, St. Louis police officers shot and killed a young black man while conducting a search on his home.

© REUTERS / LUCAS JACKSON
Oath Keepers Plan March With Black Activists Carrying AR-15’s in Ferguson
The department claims that two suspects had been attempting to flee, when the young man pointed a gun at officers, prompting them to shoot and kill him. The other man remains on the run.

Trust in the police is low among many, however, and protesters are questioning the official story.

Police Chief Dotson asserted that the man who died was black and in his early 20s, though his identity has not yet been revealed.

Protesters were quick to the scene of the shooting, as many had already been gathered to protest the one year anniversary of the shooting of 25-year-old Kajieme Powell nearby.

​By the afternoon, a protest was blocking off the street, riot police had arrived, and a dispersal order had been issued.  Armoured vehicles were also on the scene, and demonstrators had reportedly began throwing water bottles at them.

What in the hell are citizens supposed to think and act when an armored truck drives right up on to the sidewalk? https://t.co/4uXVpUTGLF

Arrests are currently taking place, and we will continue updating as the story unfolds.

Another arrest on Page. pic.twitter.com/pyLJarUSi0

'Feeling the Bern' in L.A. and Ferguson One Year After Michael Brown