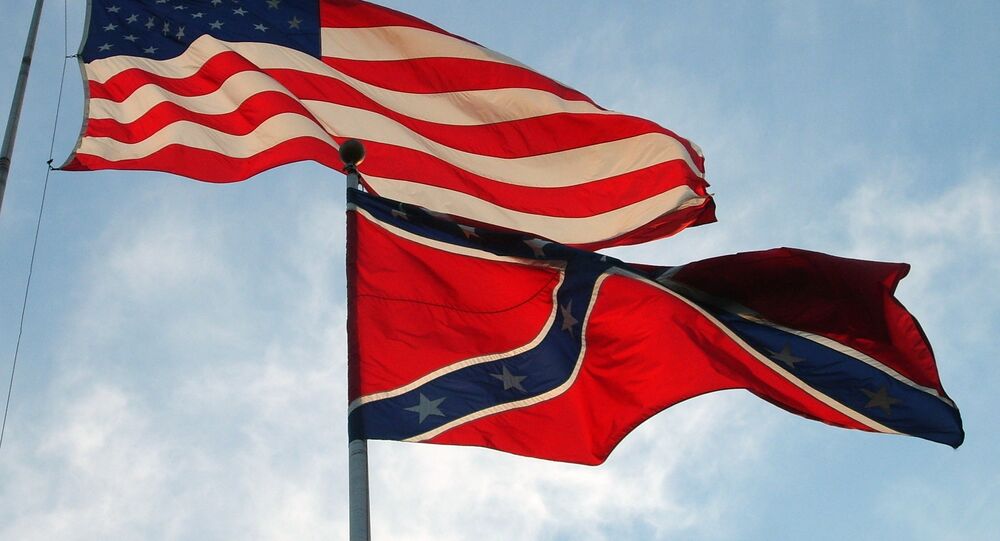 Following the outpouring of disgust that confederate flags still fly, one business owner in Georgia has decided to replace their stars and bars with a Nazi swastika flag, claiming he is trying to start a conversation.

Florida Gun Supply
‘Muslim-Free' Gun Shop Selling Confederate Flag Painted by George Zimmerman
The business in question is 7 on Second, an “eclectic” art gallery in the town of Macon.

For the previous week, the owner had put up a Celtic Cross, which is now most prominently used by white-pride skinheads.

“This was last week’s flag at SEVEN — The Celtic Cross, which has been co-opted by a skinhead group. No one complained an iota about this one. Two words: Media Propaganda,” Harris wrote on the gallery’s Facebook page.

© Flickr / townhero
US Judge Rules Virginia Can Ban Confederate Flag From License Plates
To make this “point” of flags only carrying meaning if you let them, Harris seems to only be displaying symbols of white supremacy and racism, and hasn’t made any efforts in his bizarre performance to offend or confront symbols that would offend the skinheads and nazis he appears to be pandering to.

“You know, we’re starting to think maybe this guy isn’t a postmodernist at all. He might just be an a**hole.” Doktor Zoom wrote in their piece for Wonkette on the subject.