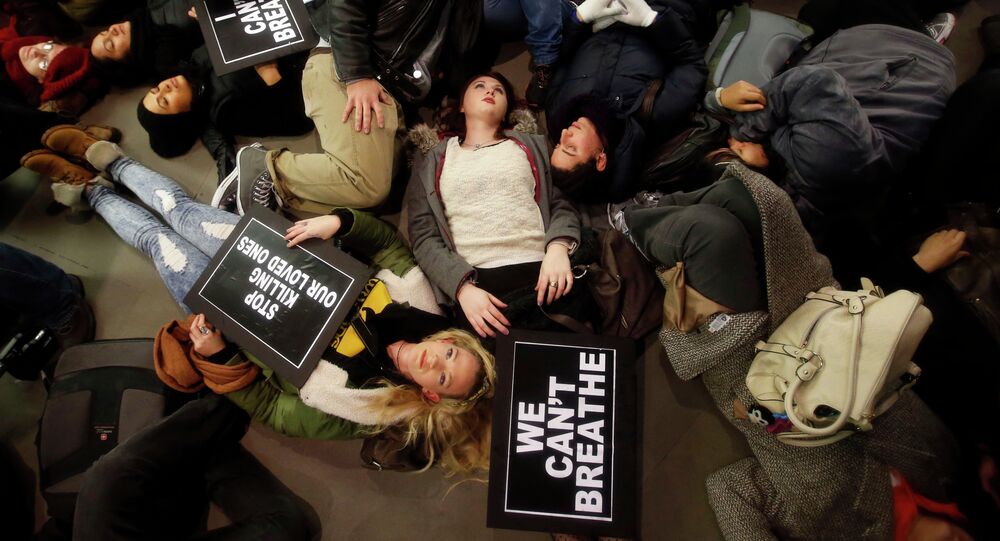 Documents obtained by activists from the Metropolitan Transit Authority and the Metro-North Railroad sent to the Intercept show that not only was the movement monitored, but specific activists were singled out and targeted by officers and agents "tracking their movements and keeping individual photos of them on file."

“This appears to be the first documented proof of the frequent presence of undercover police at Black Lives Matter protests in the city of New York, though many activists have suspected their presence since mass protests erupted there last year over a grand jury’s decision not to indict Daniel Pantaleo, a police officer involved in the death of Eric Garner.” The Intercept reported.

While activists were named in the documents, all names of agents and officers were redacted.

The 118 pages released by the MTA, has the names of undercover police officers redacted at least 58 times during five December 2014 protests, 124 times at five protests in January 2015, and ten times at one protest in February 2015- The Intercept reported.

“The Metropolitan Transportation Authority Police Department must ensure the safety and security of millions of people who pass through our railroad systems every day, at a time when transportation networks have been persistently targeted by terrorists. We accommodate peaceful protest in our transportation system, while also ensuring that protest activities do not prevent customers from using the system for transportation. We take all appropriate police measures to ensure the safety and security of our customers, but we do not discuss the particulars of those operations.” The MTA wrote in a statement to the publication.

One of the activists mentioned is Jose LaSalle, founder of New York police watchdog group Copwatch Patrol Unit.  His movements and actions at the protests are documented down to even two mic checks and his presence at the actions even though no illegal activity was noted.  The documents also included photos of him.

"I think its just another example of how anyone who is practicing their constitutional rights and speaking against the government is going to be considered a domestic problem," LaSalle told The Intercept.

"It’s sad because all we’re doing is speaking because we feel there is no justice for people being brutalized by the system. It’s sad we have to be targets of surveillance when were not committing crimes."

Alex Seel, a local photographer, was also noted in the documents along with his photo as well as prominent activist and former Philadelphia police officer Ray Lewis.

“A retired Philadelphia Police Officer in uniform is one of the protesters at Grand Central Terminal. He is also known to NYPD as a protester in OWS and has an arrest record with NYPD.” The note accompanying Lewis’ photo stated.

“I wasn’t surprised at all,” Lewis told the Intercept when asked about the monitoring. “From my experience in law enforcement, I know the key concept to knocking out all protests is taking out leaders. So they see certain people and target them.”