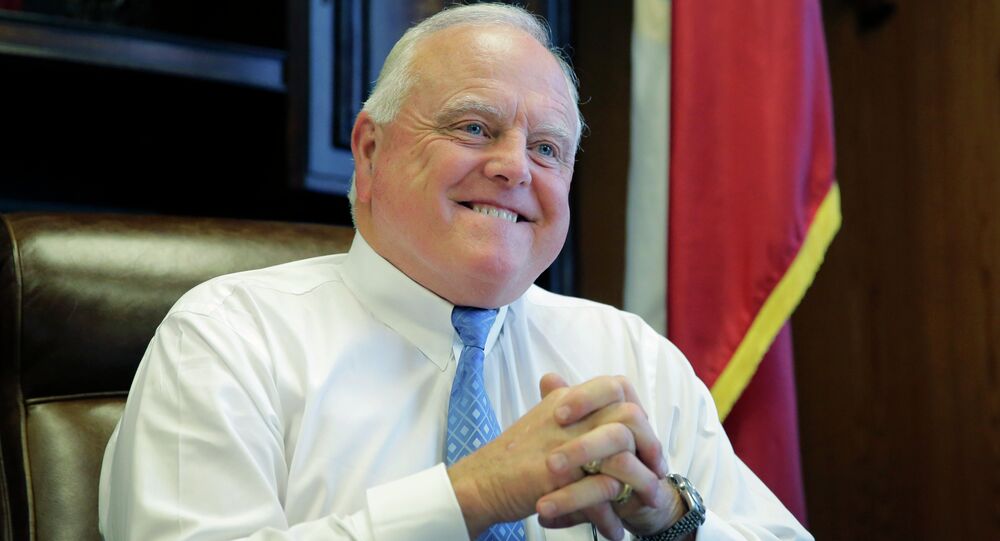 Agriculture chief Sid Miller said he won't apologize for sharing a Facebook page which called for an atomic bomb to be dropped on the Muslim world, like Japan in 1945.

© AP Photo / John Minchillo
Texas Woman: Cops Conducted Body Cavity Search in Gas Station Parking Lot
Texas Agriculture Commissioner Sid Miller won't apologize for a Facebook post he shared which suggested that the Muslim world should be bombed with nuclear weapons, like Hiroshima and Nagasaki were in 1945.
© Flickr / Lake Crimson
Spanish Man Fined Hundreds of Euros for Calling Cops Lazy on Facebook
A spokesman for the commissioner, Todd Smith, told local media that the post, which has since been removed from Miller's campaign page, was not posted by Miller himself, but by a staffer with access to the page.

"We’re not going to apologize for the posts that show up on our Facebook page," said Smith, who described the post as "thought-provoking."

"I don’t know who did it, but I’m not going to start a witch hunt to find out who did."

The offending photo showed an exploding mushroom cloud, and the caption,

"It's time we made peace with the Muslim world."

The image was shared on Miller's page over the weekend, from which it has since been deleted. It originally appeared on the Facebook page 'The Patriots IV Drip 2,' on August 15, since when it has been shared 9,949 times and received 1,319 likes.

Thank you my friends for your continued support. Today, we passed the 106,000 mark on Facebook. I appreciate you standing with me and for Texas.

The commissioner, who is currently on a trade visit to China, has received substantial support despite the controversy caused by the post; on Wednesday he thanked followers for their support, and celebrated getting more than 106,000 likes for his Facebook page.

US Supreme Court Denies Stay of Execution for Texas Inmate