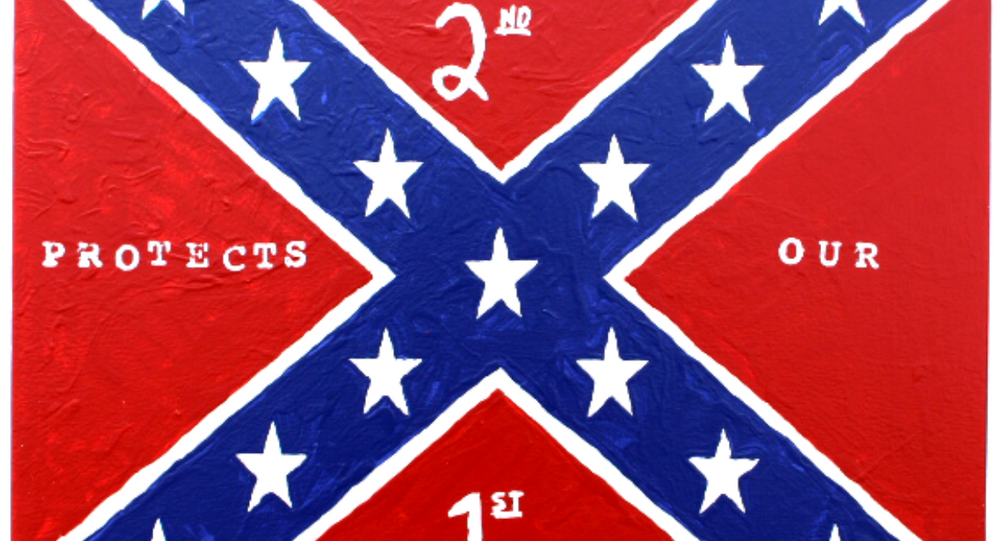 As a number of separate events in recent years, from the killing of an unarmed black Florida teenager to the shooting at a Chattanooga military training base, raise the level of public discourse on discrimination across the United States, two men at the center of these controversies have joined forces to counter a much-needed dialogue on tolerance.

© Flickr / mr.smashy
You Can’t Shoot Here: Oklahoma Business Owner Refuses to Serve Muslims
George Zimmerman is a former neighborhood watch volunteer in Sanford, Florida who gained public notoriety after he shot and killed Trayvon Martin, an unarmed black teenager in 2012. Andy Hallinan is the owner of the Florida Gun Supply store who recently declared his shop a "Muslim-Free zone."

At first glance, the cases of both men may not appear to be all that similar, but put them together and throw in a Confederate Flag, and you have a perfect nutshell of the many controversies plaguing a nationwide dialogue on discrimination.

And that’s precisely what happened.

On Monday, Hallinan announced a raffle on his website for an original Confederate flag painted by none other than George Zimmerman. According to the site, half the proceeds will go to Zimmerman’s legal bills, and the other half will go to Hallinan’s, who is currently facing a federal discrimination lawsuit filed by the Council on American-Islamic Relations (CAIR). The proceeds will also help advance both men’s "mission to change the country."

Along with the announcement, a 10-minute “mini-documentary” was posted on the site about how the two men forged a friendship over the shared belief that the media "twists the truth" about them. The clip was uploaded on YouTube, with a description promising a "huge twist."

"The main stream media [sic] and leadership of this country is tearing our future apart," the description reads.

The short movie is a montage of every possible right-wing cliché: it starts with Hallinan standing before the American flag, describing himself as a "patriot," calling for viewers to stand with him and help make a "better, safer America." He continues to blame the political left and the mainstream media, claiming to be a victim of misinformation.  He is then joined by Zimmerman, who is seen smoking a cigar, as the two men discuss the "chaos" that the political left is inflicting on the country.

In one portion of the clip, Zimmerman explains the reason he chose the confederate flag for his painting.

"I was painting the American flag when I heard of you getting sued by CAIR, and I decided I would do for you what the American people did for me," he tells Hallinan, referring to a fundraising campaign for his legal defense fund in 2013.

"The caption, ‘the 2nd protects the 1st’’ is a double entendre," he added. "The 2nd flag I painted was the Battle Flag – which we need in America in order to protect the first."

The discussion turns into a defense of the Confederate flag, with Hallinan condemning the recent campaign to remove the banner from public grounds, referring to it as a "cleansing campaign" waged by the political elite and the media.

Marketing the raffle, Florida Gun Supply’s website notes that the latest Zimmerman painting “could be worth up to $100,000!” It sounds like an absurd price to pay for an offensive flag painted by Trayvon Martin’s killer, but may not be all that far from reality. In 2013, Zimmerman sold a painting of the American flag on eBay for a little $100,099.

Apparently, as bizarre as it is for these two men to join forces and market something that has fueled nationwide anger, they continue to enjoy a strong following.