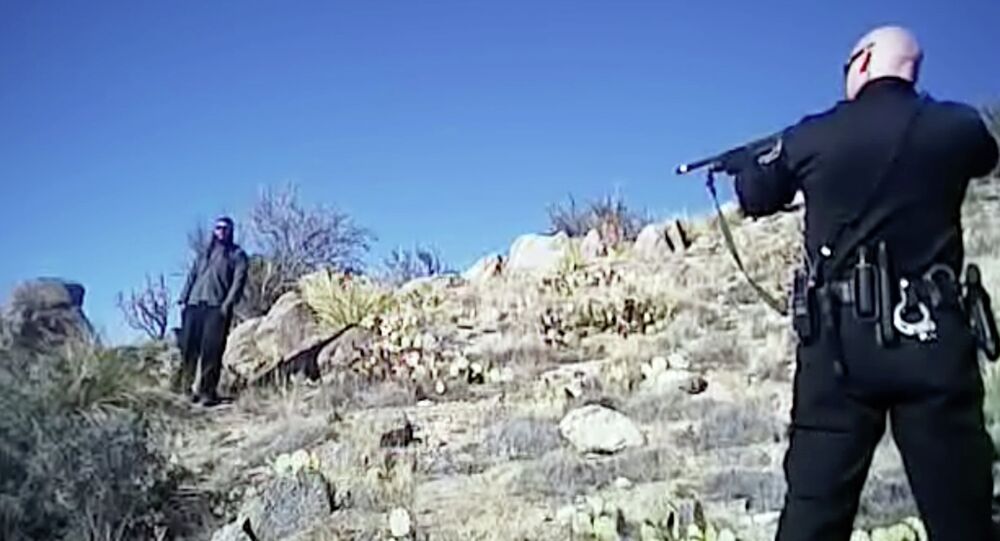 On Tuesday afternoon, a New Mexico judge ruled the Albuquerque police officers charged with the murder of James Boyd, a homeless and schizophrenic man who was shot to death during a raid for his illegal camping, must stand trial for his death.

YouTube/aSavageCity
Ten LAPD Cops Taser, Shoot at Homeless Man in Wheelchair (VIDEO)
The killing which took place in March of 2014 was captured on disturbing dashcam footage, and so were the comments made by Officer Keith Sandy about his plan to shoot the homeless man in the penis hours before actually shooting him.

In the footage, Boyd picks up his belongings and appears ready to walk down toward 19 officers armed with over 700 rounds of ammunition who were surrounding him. An officer fires a flash-bang device, which disorients Boyd.

Boyd appears to pull out knives in both hands as an officer with a dog approaches him. He makes an allegedly threatening motion toward the officer, then starts to turn around away from police.

That’s when shots fired by Officer Dominique Perez and former Detective Keith ring out, and Boyd hits the ground. Blood can be seen on the rocks behind him.

The Albuquerque police ruled that officers were justified in murdering this man because he had made “threatening moves” from 30 feet away.

"What was the crime that prompted this paramilitary response? It was not a terrorist act. It was illegal camping," Special Prosecutor Randi McGinn said during her opening statement at the hearing on whether or not the law enforcement duo would stand trial.