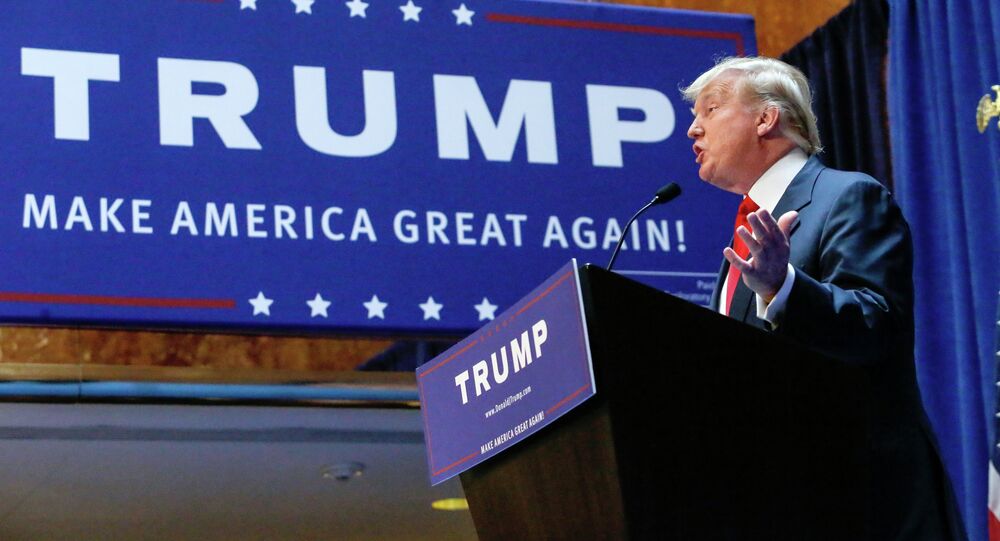 Trump told US media over the weekend that he favors sending ground troops to Iraq to fight the jihadi militants.

© AP Photo / Greg Allen
What If Trump Were Elected President? 'US Will Annex Mexico in 2020'
WASHINGTON (Sputnik) — The majority of registered US voters believe presidential candidate and billionaire Donald Trump is best equipped to fight Islamic State (IS) terrorists and curb illegal immigration in the United States compared to other Republican hopefuls, a recent poll released on Tuesday said.

Trump told US media over the weekend that he favors sending ground troops to Iraq to fight the jihadi militants.

Meanwhile, some 44 percent of respondents said Trump would be the best candidate to handle illegal immigration, followed by Bush at 12 percent and US Senator Marco Rubio at 7 percent.

© REUTERS / Jim Young
Trump to Deport All Undocumented Migrants From United States as President
On Sunday, Trump released a detailed immigration plan after he came under fire earlier in his campaign for calling illegal immigrants from Mexico ‘rapists’ and blamed them for bringing crime and drugs to the country.

In his plan, Trump proposed making Mexico pay for a permanent border wall along the two countries, mandatory returns of all criminal immigrants, penalties for Mexicans overstaying a US visa as well as ending birthright citizenship.

In several of the latest presidential polls, Trump continues to lead amongst other Republican candidates often trailing ahead of Bush.