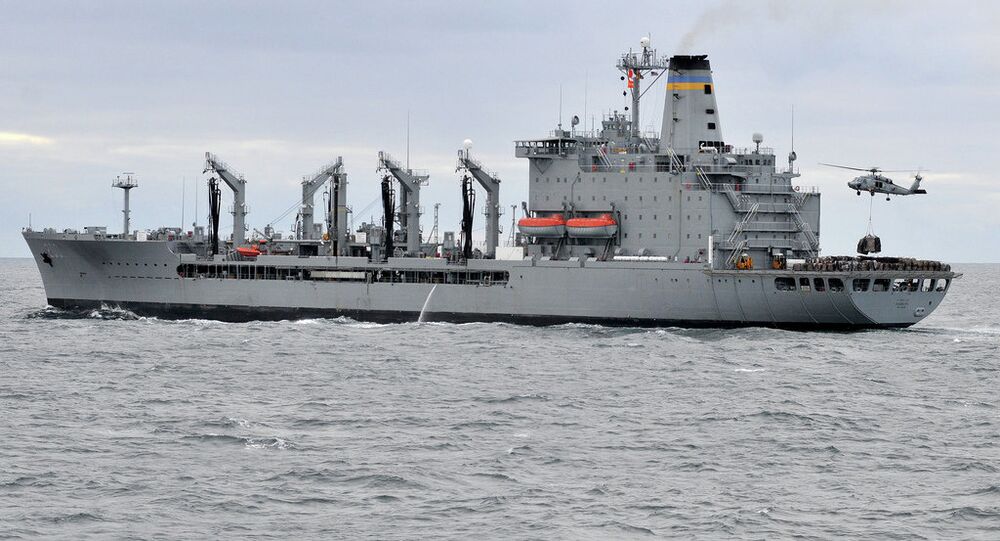 Two men working in a Portland shipyard have been charged with stealing platinum off a United States Navy vessel that was docked at the port for repairs.

© AP Photo / Carlo Allegri
Hollywood Actor Tom Selleck Accused of Public Water Theft
Two employees of a Portland shipbuilding firm have been indicted on charges of theft after stealing platinum from a US Navy ship which was undergoing repairs at the shipyard in Portland they worked in, reports local media in Oregon.

According to investigators, Dylan Cruz Berry and Joseph Victor Drummen stole platinum worth $71,000 from the USNS Guadalupe, a replenishment vessel which provides fuel, fleet cargo and stores to other ships at sea.

1to1only
Belgian to Sue Tokyo Olympics 2020 Committee Over Logo Design Theft
Shipbuilding and repair firm Vigor Industrial, which had been employed to carry out painting and maintenance work on the vessel, reported the theft on July 13 after the ship's crew noticed that five of the ship's cathodic anodes, rods attached to the side of the ship, were either damaged or missing.

Cathodic anodes are used to control the corrosion of a metal surface, by connecting it to another 'sacrificial metal,' which corrodes instead.

Berry and Drummen, who worked for Vigor Industrial, are accused of cutting the steel and platinum anodes from the USNS Guadalupe, and taking the platinum.

The cost to Vigor Industrial of five replacement rods was $71,000; according to police the final cost of the theft will be much higher, because of the cost of labor and the value of platinum

The pair, who were indicted last week by a grand jury in Multnomah County, Oregon, on counts of theft, burglary and mischief, were apprehended after police traced the platinum to a pawn shop in Vancouver, Washington.

According to the shop's records, the platinum had been sold by a man calling himself "Jozeph Dummen," leading police to the arrest of Drummen, a painter with Vigen Industrial, and Berry, his former colleague at the shipyard, who was also recorded entering the store with platinum.

Sound Waves Could Be Used to Steal Computer Data