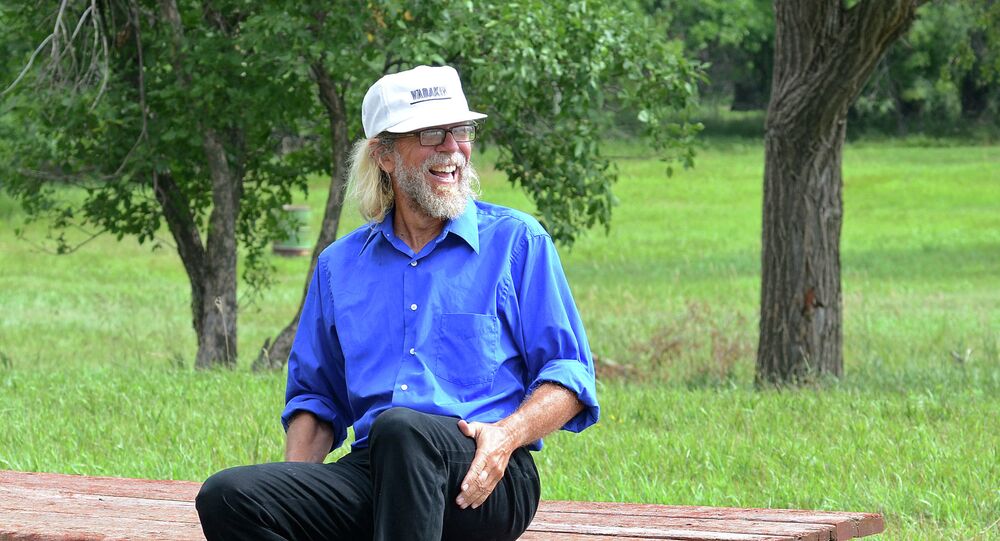 White nationalist Craig Cobb just won't give up on a dream to establish an all-white enclave in North Dakota. Now, in honor of his favored 2016 presidential candidate, Cobb wants to name his racist utopia after Republican hopeful Donald Trump.

© REUTERS / LUCAS JACKSON
Oath Keepers Plan March With Black Activists Carrying AR-15’s in Ferguson
Following his long-time goal of setting up a church for his self-proclaimed Creativity Movement, Cobb purchased a $10,000 property in the small town of Antler, not far from the Canadian border. According to WDAY-TV, the property would be the base of operations for an all-white community.

To accomplish that goal, Cobb planned to turn an old bank he bought from former Antler resident Jim Lozensky into a church. Supporters could then be accommodated in nearby residential lots. Located in the center of the town, Cobb hoped to attract enough to people to outsize the existing voting population, consisting of roughly 20 people.

And, in order to honor a man he truly admires, Cobb also hoped he could rename his offensive enclave. Instead of Antler, he prefers "Trump Creativity" or "Creativity Trump."

Cobb's dream, however, didn't come true this time, for the town's residents were not very happy about the situation. Soon after Lozensky received a down payment from the white supremacist, he got a new $35,000 offer from the city, and the deal was soon closed.

"Some of the citizens aren't happy with the situation," said Steve Watson, sheriff of Bottineau County, according to the Grand Forks Herald.

Cobb was disappointed with the outcome, even though the property owner offered to return his down payment.

"I don't want the check. We want our church." Cobb said.

The nationalist claims that Lozensky was pressured to back out of the original deal. While Antler Mayor Bruce Hanson denied the claim, he admitted that the city bought the property to keep Cobb out.

According to Cobb, he and his supporters are not trying to rule over other people and won't exclude non-white residents from their enclave, although they might not be welcomed.

"‘Welcome' is a strong word," Cobb explained. "We understand that they have a legal right."

This is not the first time Cobb targets a small town. Previously, he tried and failed to take over Leith, and his attempts drew national attention.