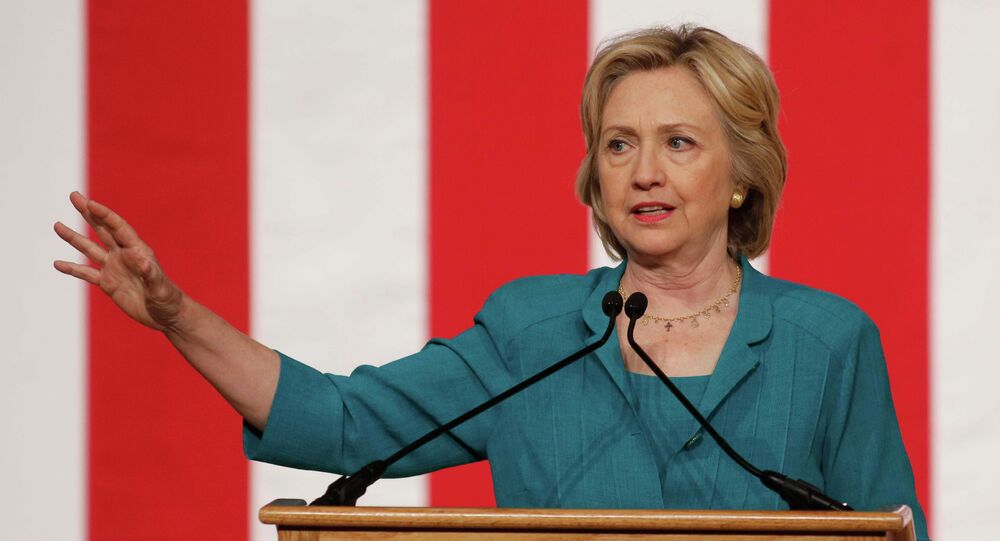 Former Secretary of State Hillary Clinton lied when she claimed that she had asked her work-related e-mails to be turned over to investigators, Kevin Smith, spokesman for the US House Speaker John Boehner said on Monday.

WASHINGTON (Sputnik) — Smith pointed out that when the Department of State asked Clinton to turn over to them all of her work-related emails nearly two years after she left office, she and her lawyers alone decided which emails to provide to the Obama administration.

"That [claim] is false," Smith said in a press release. "She actually turned over nothing — nada — when she left office as Secretary of State, failing to comply with official government policy."

Clinton told Iowa Public Radio in an interview broadcast over the weekend that she had personally requested all the work-related emails sent and received on her personal server should be released.

"If I had not asked for my emails all to be made public, none of this would have been in the public arena," Clinton stated.

However, Smith countered with the allegation that Clinton was simply repeating "one of her favorite false claims about her unusual email arrangement. "

The State Department asked Clinton for the emails in order to comply with a request from the US House of Representatives Select Committee on Benghazi.

"And then they wiped her server clean, deleting tens of thousands of other messages," Smith continued.

When Clinton was asked earlier in a December 2012 letter from the House Oversight Committee whether she or any other senior official working under her had ever used a personal email account to conduct official business, "[S]he never responded," Smith wrote.

Smith concluded that Clinton originally never intended to allow her secretive email arrangement and her work-related emails to become public, the release said.