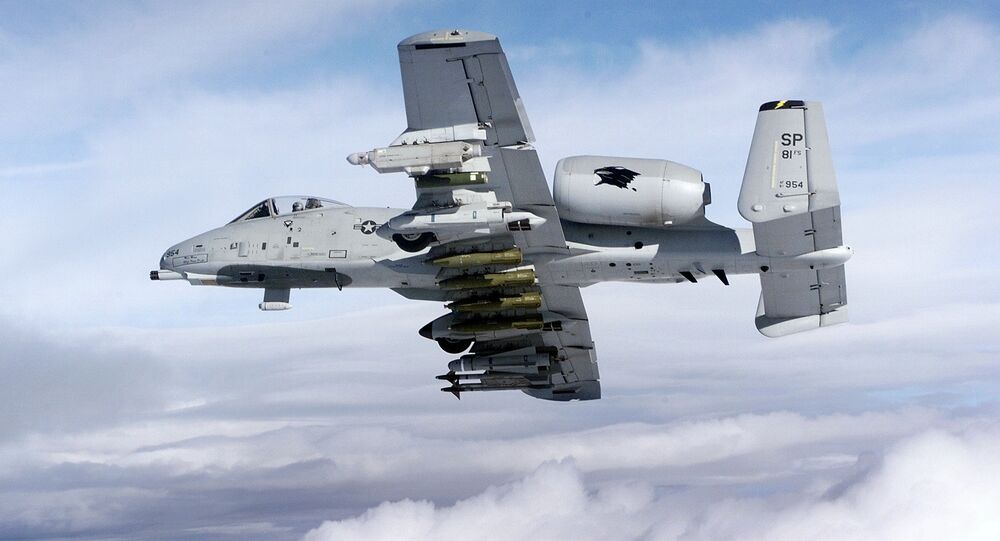 The Pentagon will send 12 attack planes and crews to Central and Eastern Europe in a bid to bolster NATO’s “Operation Atlantic Resolve,” an ongoing show of military might meant to deter Russia’s imaginary “aggression” in the region, US media reported on Friday.

© AP Photo / J. Scott Applewhite, File
Outgoing Top US Army General Pledges US Forces in Eastern Europe to Stay
The Air Force announced this week it would deploy more A-10 Thunderbolt II aircraft, also known as “Warthogs,” to Europe after lawmakers rejected the argument that the antiquated attack jet should be retired.

A dozen A-10s from Moody Air Force Base in Georgia will be deployed to Central and Eastern Europe in addition to the ten A-10s sent to Romania and the Czech Republic in March.

The Air Force has waged a years-long campaign to scrap its A-10 fleet in a bid to save roughly $4 billion, arguing that the plane’s close air support mission can be performed by other platforms, such as the B-1 bomber and the F-35 Joint Strike Fighter, The Fiscal Times reported on Friday.

Lawmakers have so far ignored those pleas, insisting that there is no viable substitute out there today for the jet that has recently flown numerous missions in Iraq and Afghanistan.