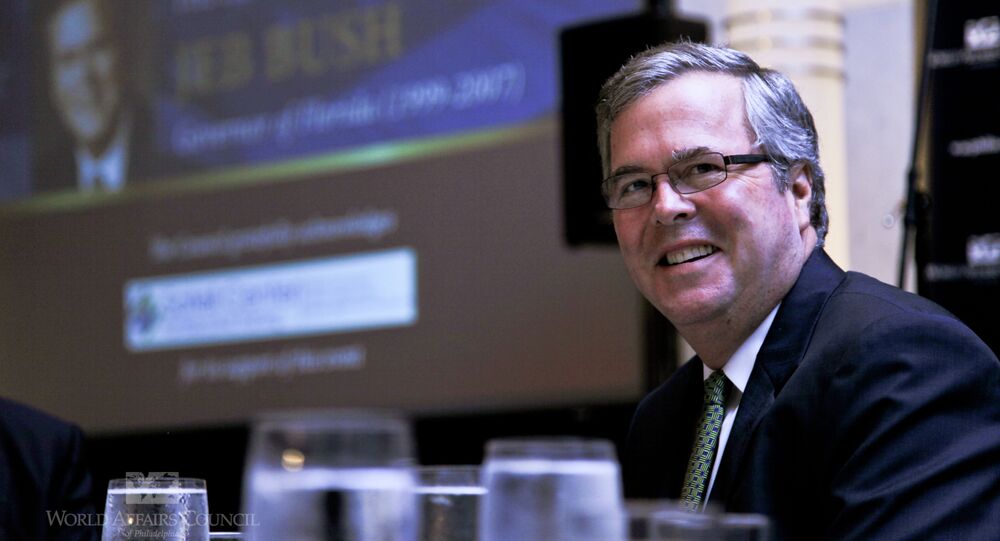 One of the main neo-conservative architects of the United States’ invasion of Iraq reportedly is advising Jeb Bush.

WASHINGTON (Sputnik) — One of the main neo-conservative architects of the United States’ invasion of Iraq to spread democracy through military force is advising US Republican presidential hopeful Jeb Bush, according to media reports.

Speaking at a campaign event in Iowa, Bush told reporters, "Paul Wolfowitz is providing some advice."

© AFP 2021 / NICHOLAS KAMM
Jeb Bush Condemns Lobbyists Despite Once Being Registered as One
Wolfowitz, who also did a stint as president of the World Bank before stepping down amid a scandal, was one of the main advocates for invading Iraq.

The US invasion left hundreds of thousands of Iraqis dead, displaced several million people and cost the United States some 5,000 service members and up to $5 trillion dollars in long-term war-related costs.

The Republican contender’s admission that Wolfowitz is advising his foreign policy comes as Bush accuses President Barack Obama and Democratic presidential frontrunner Hillary Clinton of making mistakes in Iraq that led to the creation of the Islamic State.

Bush has cited a premature withdrawal of US troops from Iraq, which was agreed to under his brother’s time as US president, as one cause for the rise of ISIL.

During Wolfowitz’s tenure at the Department of Defense, the United States implemented a policy in Iraq that marginalized Sunnis and former Baathist elements of the Saddam Hussein regime. Multiple reports and analyses have shown former Saddam regime elements play a leading role in the Islamic State.