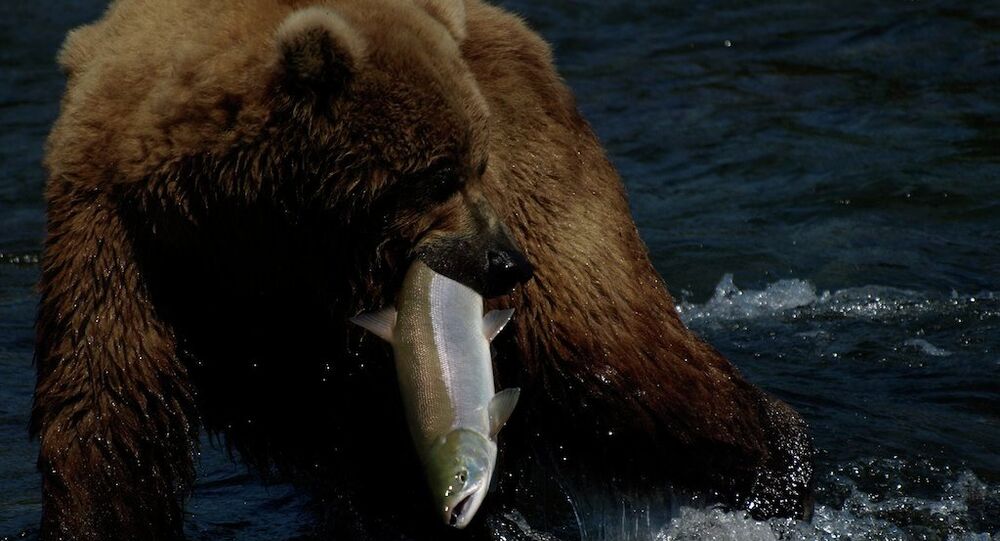 Alaska state troopers are investigating an incident involving three bears and a bear impersonator that unfolded Monday as the real animals were trying to feed on pink salmon on the Chilkoot River near the town of Haines.

The encounter unfolded at a weir, used by officials to count fish, where locals and tourists often gather because bears are known to feed there often during the salmon run.

© Flickr / Valerie
Grizzly Bear Allegedly Kills Hiker in US Yellowstone National Park
On Monday, a crowd had formed at a safe distance and was observing the animals  when a man wearing a reportedly very realistic bear costume suddenly showed up at the scene.

According to Alaska Fish and Game officials, the man harassed the bear family, a sow and two cubs, by jumping up and down and even approaching the young ones, coming within five to ten feet of them.

Local Fish and Game technician Lou Cenicola had to move the sow out of the way for the sake of the man's safety, according to Assistant Area Management Biologist Mark Sogge. Cenicola also attempted to talk to the mysterious bear-man, who wouldn't remove the head of his costume, and told the man he would report him for wildlife harassment, but the latter refused to explain himself or reveal his name.

"Our job is to count fish," Sogge said of Cenicola's efforts, which fall outside the day-today routine of Fish and Game employees.

Unidentified, the man drove away without taking off his costume. Before leaving, though, he cryptically dared the technician: "You have the license plate number. You figure it out."

The license plate number was soon reported to troopers who are now investigating the incident, said spokeswoman Megan Peters.

"This is not the first time we've encountered a man in a bear suit," she added, recalling a similar incident from two years back.

That episode was filmed during the forest fair in Girdwood and broadcasted on the 'Alaska State Troopers' reality TV show. However, according to witnesses, this time the bear costume was much more realistic.

If the man is caught, he could face wildlife harassment charges.

Deadly Cobra at Large in Austin After Killing Its Owner