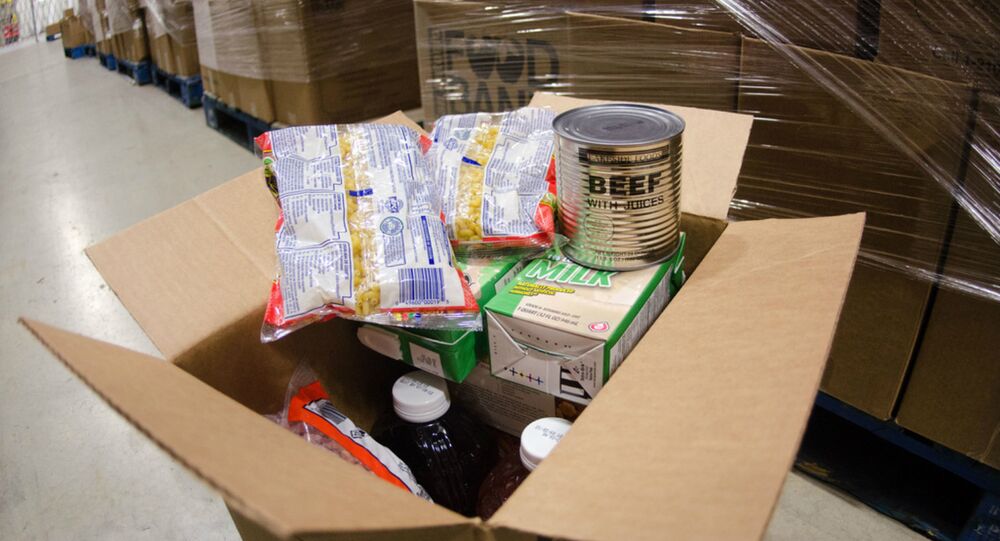 Despite the supposed “recovering economy” in the US, the demand for food from food banks is seeing a massive surge, and shows no signs of slowing down.

© AP Photo / Mark Lennihan
Number of Americans Receiving Food Stamps Declines First Time in 7 Years
This year, food banks in the US are expected to hand out approximately four billion pounds of food to hungry families, compared to the 3.8 billion they distributed last year.  The surge has been so dramatic that food banks are having to cut down on the amount of groceries they can give out to the impoverished communities.

"We get lines of people every day, starting at 6:30 in the morning," Sheila Moore, who oversees food distribution at the Storehouse, the largest pantry in Albuquerque, New Mexico, told the Associated Press.

The growing demand has surprised some, as the unemployment rate has dropped from ten percent during the recession, down to 5.3 percent as of this July.

Others are less surprised, and estimate the surge is due to cutbacks in food stamps provided to people who are employed, but still don’t make enough to cover daily living expenses and provide for their families.

"People who have low-wage jobs, who aren't receiving regular raises, are finding those earnings stretched thin," James Ziliak, who founded the Center for Poverty Research at the University of Kentucky, told AP.