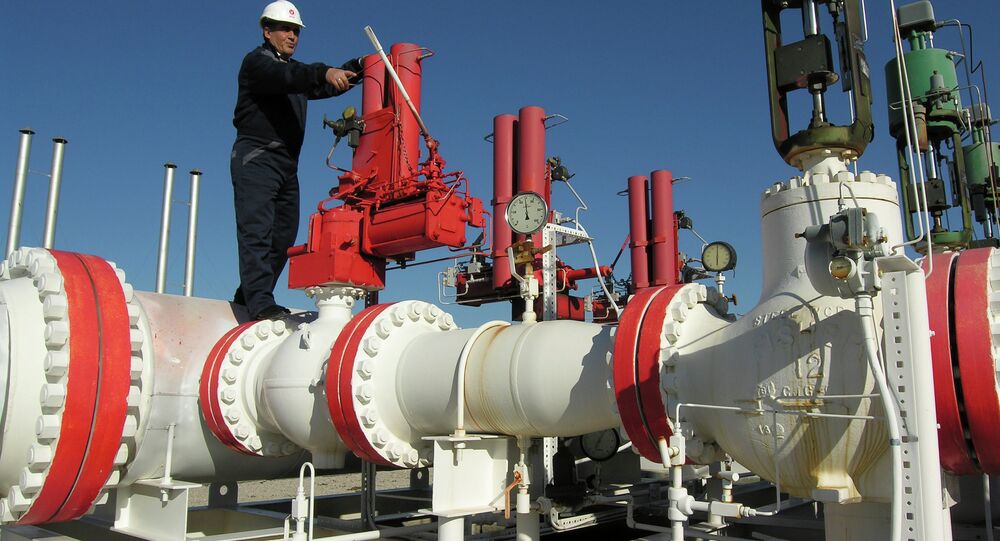 Russia is looking for alternative routes of supplying gas to Europe, bypassing Ukraine to ensure unfettered deliveries to European customers, not as a means of economic pressure on Kiev, an authoritative US think tank wrote in a report released earlier this week.

© Sputnik / Alexey Kudenko
Gazprom Seeks New Contractor to Start Turkish Stream Construction
Russia’s Gazprom Company has a clear rationale for pushing forward with the Turkish Stream project; to diversify away from using Ukraine as a transit state for natural gas being sent to Europe for economic and security reasons.

Even though a new geopolitical reality has undermined Russia’s leverage as a major energy supplier to Europe, the issue of gas deliveries will remain an important element of Russian-European relations for years ahead, according to the report prepared by Stratfor — a Texas-based think tank, which provides strategic intelligence on global business, economic, security and geopolitical affairs.

“Russia's efforts to begin construction on TurkStream are meant to convince Europe about its intention to stop using Ukraine as a natural gas transit state when Gazprom's contract with Ukraine's Naftogaz expires at the end of 2018,” the report said.

Constructing even part of the TurkStream project would be a concrete step in that direction, which Russia hopes will give potential European investors more confidence in future pipeline expansions into Central and Southern Europe.

Gazprom's concerns about Ukraine's unreliability are legitimate and, for the company, a sufficient reason to look for alternative routes, the report noted.

Ukraine has in the past proved its unreliability, which resulted in repeated cutoffs of natural gas deliveries to downstream customers in Europe.

“Moscow is also looking to maintain Turkey's energy interdependence with Russia. Turkey is already the second-largest European consumer of Russian natural gas, behind only Germany. It is also perhaps the only Gazprom market outside of East Asia that is projected to experience significant growth as it continues to develop,” the report said.