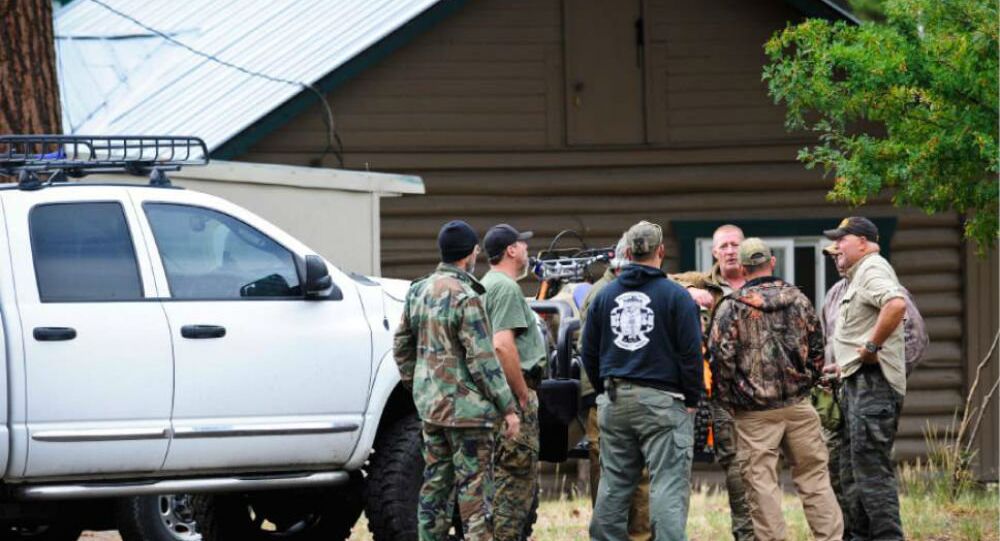 The US government is suing two Montana miners who are backed by a gun-wielding militia, saying the group is illegally blocking a road in Helena National Forest in the western part of the state.

In the lawsuit, filed Tuesday in US District Court in Helena, federal prosecutors say miners George Kornec and Phil Nappo illegally opened a road, cut down trees, built a garage and denied the public the right to access the White Hope mine.

"Currently the gate is closed with no trespassing signs posted and the public and Forest Service are being refused entry by armed persons," prosecutors said in the suit.

Prosecutors and the US Forest Service are asking a judge to declare the miners are acting illegally because they do not have surface land rights to their mining claims.

The miners argue that they indeed have surface rights because Kornec's family held the claim before rules took effect in 1955 that granted those rights to the Forest Service, the Associated Press reported.

Last week, days after the miners met with the Forest Service, more than 20 armed members of the Oath Keepers and other right-wing groups showed up at the defendants' request to serve as a roadblock.

On Tuesday, the day the suit was filed, a spokesman for the armed supporters said they achieved their objective, which was to ensure the miners have their day in court, KTVH reported. The group will remain at the mine, however, until a court date is set, the spokesman said.

As a part of the suit, prosecutors want the judge to issue an order requiring the miners to pay to fix the damage to public land, and for the miners and their armed supporters to stop interfering with public access.

The Oath Keepers is a national group best known as supporters of Nevada rancher Cliven Bundy. Last year, the group showed up at Bundy's ranch for an armed standoff with the government that stemmed from Bundy's refusal to pay fees for grazing his cattle on public land.

Heavily armed members of the Oath Keepers also showed up Tuesday in Ferguson, Missouri, which was under a state of emergency due to protests and shootings on the anniversary of the police killing of unarmed black teen Michael Brown.