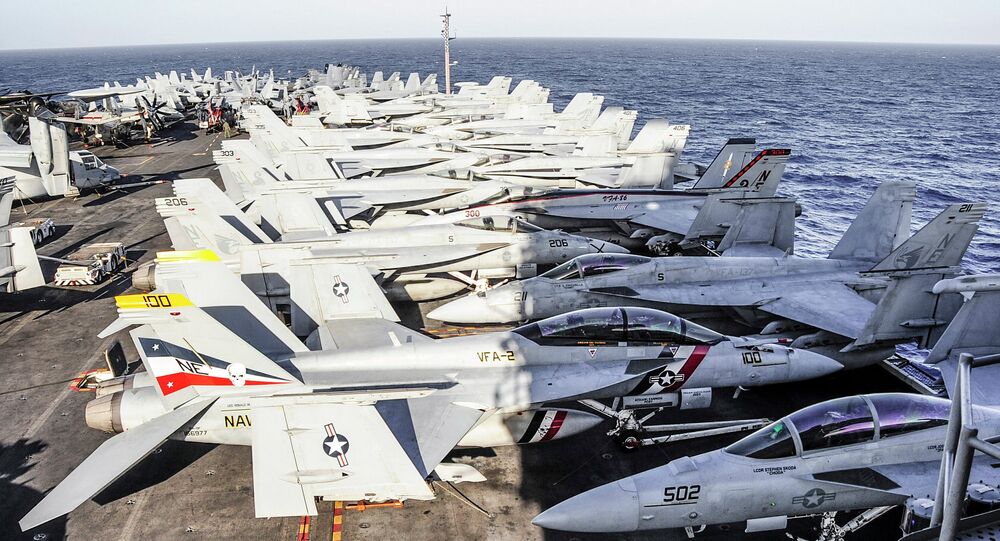 A top US Navy commander unveiled the force's vision for the future of its carrier-based air power, and it involves stealth fighter jets, carrier-launched drones, submarine-detecting helicopters and laser weapons.

At a time when questions persist about the future of Navy aircraft carriers, Vice Admiral Mike Shoemaker, commander of naval air forces, said the carriers are needed to project power around the globe.

"Even in contested waters our carrier group can operate, given the maneuverability of the carrier strike group and the composition of the carrier air wing," Shoemaker was quoted as saying by DoD Buzz.

In the coming years, the carrier air wing will both upgrade existing technological platforms and introduce new ones.

"The most important thing that the F-35C brings is the ability to fuse information, collect the signals and things that are out in the environment and fuse it all together and deliver that picture to the rest of the carrier strike group," Shoemaker said.

The submarine hunting technologies of the upgraded MH-60R helicopter is a critical component of the future air wing, Shoemaker said, according to DoD Buzz.

"The R (MH-60R) comes with a very capable anti-submarine warfare package. It has an airborne low-frequency sensor, an advanced periscope detection system combined with a data link, and forward-looking infrared radar," he said.

"With its capable electronic warfare suite, it is the inner defense zone against the submarine for the carrier strike group."

The Navy is also anticipating the arrival of its first-ever carrier-launched drone, the Unmanned Carrier Launch Airborne Surveillance and Strike (UCLASS), slated to arrive in the mid-2020s.

The drone is being engineered to conduct long-dwell surveillance missions as well as strike missions, DoD Buzz reported.