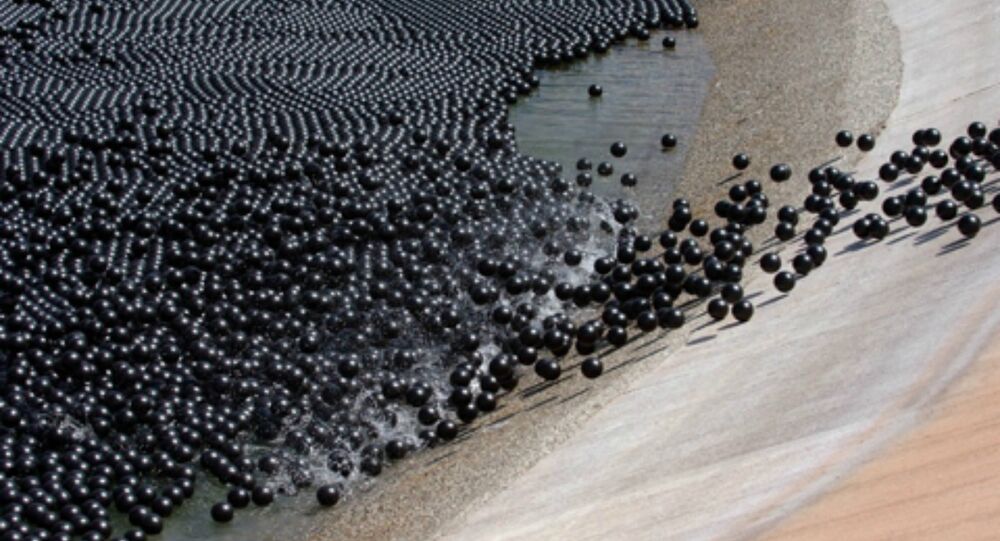 In an effort to combat the brutal record drought that’s plaguing the US west coast, California has dumped 96 million four-inch plastic black “shade balls” into the 175-acre Los Angeles Reservoir in an attempt to keep it clean and slow evaporation.

© Flickr / ronhenry
Moby Launches Campaign to Limit Water Usage in Drought-Stricken California
The balls, which cost 36 cents each for a grand total of $34.5 million, have been treated with a chemical to block UV light for up to 25 years.

They are designed to keep the water clear of dust and animals who might pollute the supply, hinder the growth of algae, prevent chemical reactions between the sunlight and chlorine, and reduce evaporation.

The balls are expected to stop nearly 300 million gallons of water from evaporating, which can provide a full year of drinking water for 8,100 people.  They are also expected to cost $250 million less than the alternative: installing floating reservoir covers, which would have cost around $300 million.

Another perk is that the balls have very little upkeep; they simply need to be rotated once in a while.

While this isn’t the first reservoir that the Los Angeles Department of Water and Power has filled with balls, they are the first company to utilize this technology.

They are currently in use in four reservoirs, with the first having been filled in 2008.

"In the midst of California's historic drought, it takes bold ingenuity to maximize my goals for water conservation," Mayor Eric Garcetti said of the balls in a press release. "This effort by LADWP is emblematic of the kind of creative thinking we need to meet those challenges."

Atwater Village Newbie
'Drought-Shamed' Super Wealthy California Residents Refuse to Cut Water Use
"Shade balls are a great example of how engineering meets common sense," LADWP general manager Marcie Edwards wrote in the press release. "… As we make updates, we are mindful to be wise and practical with our investments. Shade balls are an affordable and effective way to comply with regulations, and help us continue to deliver the best drinking water to our customers."