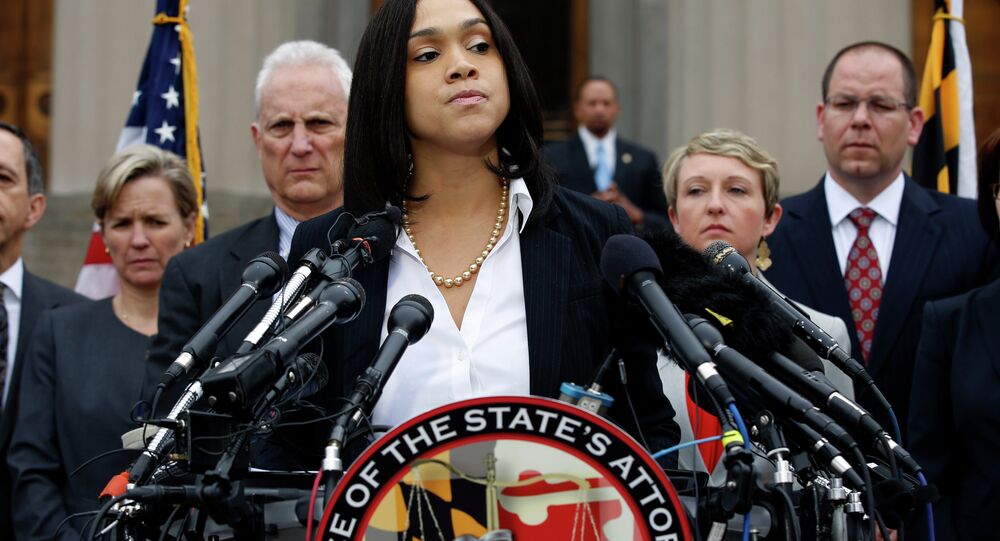 Baltimore police are leaking information to defense attorneys for the officers charged in the death of Freddie Gray, providing lawyers with material to use in a public relations campaign, prosecutors allege.

In a motion obtained by the Baltimore Sun, Deputy State's Attorney Michael Schatzow said at least one former or current member of the Baltimore Police Department has leaked an "arsenal of material" to use in a "campaign of public relations warfare."

Some of the information leaked to the defense has been true and some false, Schatzow said.

He also warned defense attorneys that they are not entitled to "blindly believe and repeat every piece of information they may have been told by politically motivated sources."

Schatzow did not, however, identify the source of the information or specify precisely what information is believed to have been leaked, the Baltimore Sun reported.

Defense attorneys have accused the prosecution of withholding evidence they are entitled. Therefore, they have conducted their own investigation of the case, including interviews with state witnesses, some of whom are police officers.

Gray, a 25-year-old African-American, died on April 19 of a spinal cord injury suffered while in police custody days earlier. His death sparked protests against police brutality, while rioting, looting and arson erupted on the day of his funeral.

The officers, all of whom have pleaded not guilty, have yet to appear in court.