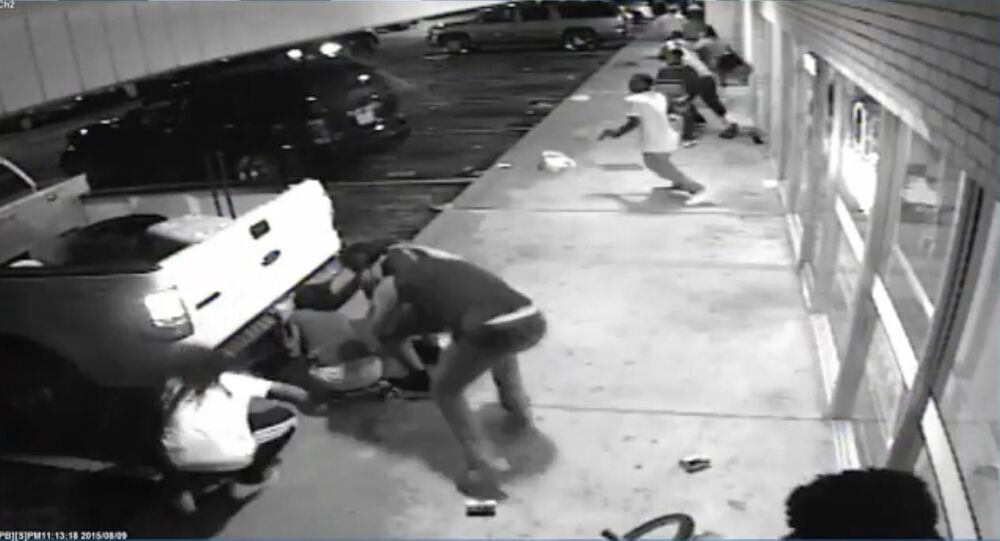 The St. Louis County authorities released a video they claim shows teenager Tyrone Harris pulling out a firearm before being shot by police.

WASHINGTON (Sputnik) — The St. Louis County authorities released a video they claim shows teenager Tyrone Harris pulling out a firearm before being shot by police on Sunday in Ferguson, Missouri, media reported.

“Authorities in Ferguson released on Tuesday a surveillance video they say shows a teenager pulling out a gun moments before he was shot and critically injured by plainclothes police,” Time reported. “[T]he person who appears to grab a gun [in the video]… has been identified as Tyrone Harris.”

The 18-year-old Harris reportedly opened fire on police on Sunday night in Ferguson, only to be shot and placed in critical condition.

The incident came hours after a rally to commemorate the one-year anniversary of the death of Michael Brown, the black teenager who was killed by a white police officer last August.

On Monday, St. Louis County declared a state of emergency in Ferguson and the surrounding areas amid the unrest and violence that followed commemoration rallies.