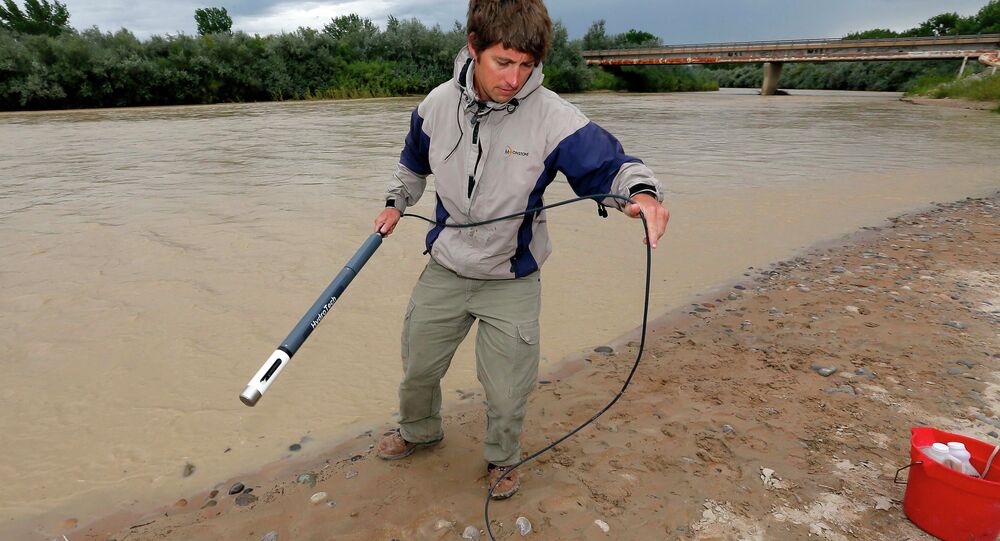 Following the mass contamination of the Animas and San Juan Rivers, towns along the waterways want clear answers from the US Environmental Protection Agency. With high concentrations of arsenic and lead potentially seeping into groundwater, what are the long-term health concerns, and will anyone be held accountable for the damage?

Last Wednesday, EPA workers accidentally unleashed a torrent of wastewater upon the American Southwest. While attempting to clean up Gold King Mine in Colorado, an inspection team broke through a retaining wall, causing a massive spill into Cement Creek. This emptied into the Animas River, which in turn emptied into the San Juan.

For the past week, over 3 million gallons of toxic water have been flowing downstream. Colorado and New Mexico have made disaster declarations, the Navajo Nation has issued an emergency, and the wastewater will soon enter Utah.

"We hope to work with our sister states to ensure our citizens are protected and whatever remediation is necessary occurs as quickly as possible," Utah Attorney General Sean Reyes said in a statement.

"Something did go wrong here," Colorado Senator Cory Gardner said, according to the Wall Street Journal, "and here we are, a week later, and there still remains a lack of understanding not only with what happened, but what’s actually at stake in terms of public health."

"If this were a private company," he added, "all hell would be breaking loose."

Other officials have expressed outrage over the sheer scope of the disaster. According to the EPA, it could take decades to completely clean up the affected areas.

"Decades. That is totally, completely unsettling," Navajo Nation President Russell Begaye told the Associated Press. "This is a huge issue. This river, the San Juan, is our lifeline, not only in a spiritual sense but also it’s an economic base that sustains the people that live along the river."

"You’re taking away the livelihood and maybe taking it away from them for decades," he added. "That is just, to me, a disaster of a huge proportion. And we have yet to hear from the Obama administration."

Businesses that depend on the waterways have also complained about the immediate effects of the spill.

"We had lots of trips booked. Right now we’re just cancelling by the day," Drew Beezley, co-owner of a whitewater rafting company in Durango, Colorado, told the Daily Mail. "We don’t really know what the future holds yet…We don’t know if the rest of this season is just scrapped."

He estimates that in the short time since the spill, his company has lost roughly $10,000.

The EPA has warned individuals not to consume or bathe in the water, and that towns should continue blocking their water intakes until at least August 17. The agency also claims that the contaminants appear to be disseminating quickly, with many of the toxic metals settling to the bottom of the riverbed.

According to Ron Cohen, a civil and environmental engineer with the Colorado School of Mines, the best course of action would be to leave those contaminants where they settle. Speaking to the Daily Beast, he says next spring’s snowmelt would wash them away.

Officials also say that wildlife appears to be unaffected, with no mass die-offs yet noted.

"The water appears worse aesthetically than it actually is, in terms of health," Cohen said, referring to the bright orange tint of the Animas.

In response to the public outcry, EPA Administrator Gina McCarthy issued an official apology on Tuesday.

"I am absolutely deeply sorry this ever happened," Ms. McCarthy said during a news conference. "But I want to make sure we react positively and in a way that’s credible and we move this forward."

"My message to folks who are angry is we are working as hard as we can and we know it’s a difficult situation," she added. "We have folks working around the clock."