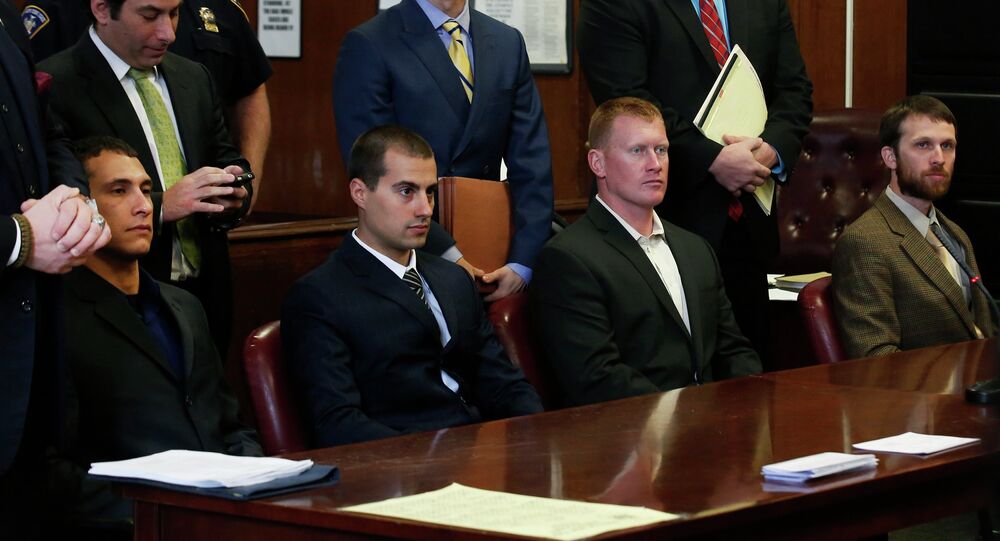 Two base jumpers were sentenced and fined Monday for jumping off the One World Trade Center skyscraper in New York in 2013.

New York City residents James Brady, 33, and Andrew Rossig have been found guilty of reckless endangerment and unauthorized access to the One World Trade Center skyscraper in NYC, which was constructed on the spot where the 9/11 attacks occurred. The third participant in the parachuting, Marko Markovich, 28, is due to be sentenced a week later.

The trio of base jumpers was arrested after posting a video of their stunt on the net.

The prosecution suggested a 60-day jail sentence to serve as general deterrence; however, the judge sentenced the two to community service and a $2,000 fine.

Rossig and Brady apologized for the jump after the judge linked their behavior to the hurtful memories of the 9/11 terrorist attacks.

“These defendants tarnished the building before it even opened and sullied the memories of those who jumped on 9/11, not for sport but because they had to,” the judge was quoted as saying by the Guardian.

The skyscraper, initially dubbed the Freedom Tower, in Lower Manhattan was under construction at the time of the event. Now completed, the new World Trade Center tower is considered the tallest building in the Western Hemisphere.

Up and Away! F-35 Performs Ski Jump Launch