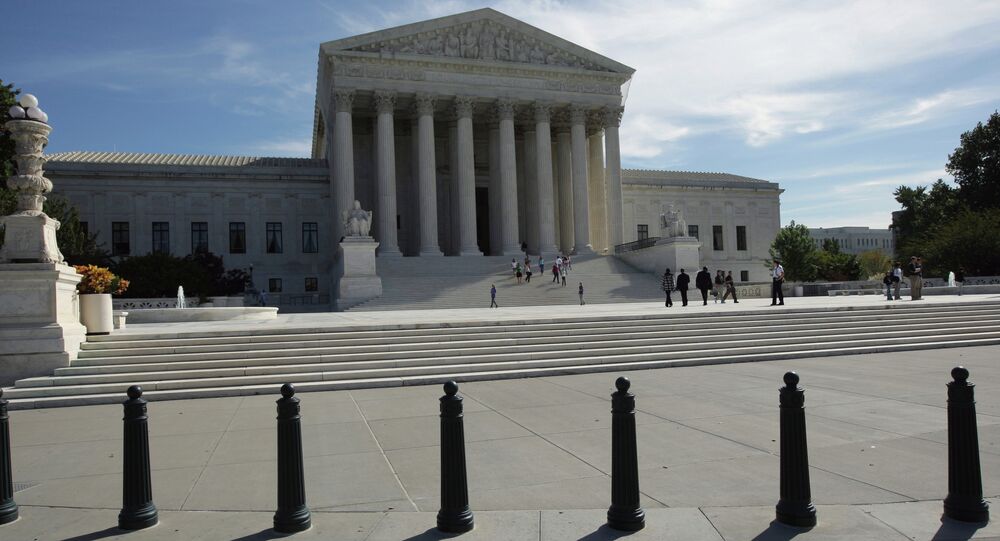 A Council on American-Islamic Relations attorney says the US Supreme Court needs to review a lower court decision that acquitted Federal Bureau of Investigation agents of the wrongful death of an imam at a Michigan mosque.

WASHINGTON (Sputnik) — The US Supreme Court needs to review a lower court decision that acquitted Federal Bureau of Investigation (FBI) agents of the wrongful death of an imam at a Michigan mosque, a Council on American-Islamic Relations (CAIR) attorney told Sputnik.

“The decision is extremely concerning because it… allows the [US] government to withhold the identities of four agents that wrongfully killed Americans and ultimately escape liability because those names were withheld,” Lena Masri said on Monday.

Masri filed a petition with the Supreme Court in July 2015, in effort to get it to review the case.

“It’s an unjust decision and for that reason we’re hoping that the Supreme Court will reverse that ruling,” she said.

On October 28, 2009 a group of FBI agents raided a warehouse in the state of Michigan, where they found 53-year-old Luqman Abdullah and several other men. The Bureau had suspected them of conspiring to commit numerous federal crimes, including illegal possession and sale of firearms and mail fraud.

© REUTERS / Mike Stone
Texas Imam Rejects Islamophobia Rise in US
Abdullah, the leader of a group of mostly African-American converts to Islam called Ummah, which sought to impose Sharia Islamic law in the United States, was fatally shot after the FBI claimed he failed to surrender his weapon and fired at agents.

In the incident, a FBI dog was fatally shot, while Abdullah had reportedly been shot at 20 times.

Masri claimed the FBI’s account of the events was inaccurate, and Abdullah was unarmed and had been mauled by the dog as well as being shot by FBI agents.

Masri’s original lawsuit was dismissed by a US district court because allegedly it was unable to identify the four FBI agents involved.

“The most important thing for the family here is to clear their father’s name to find out exactly what happened that day and to hold anyone who wrongfully killed him [Abdullah] liable for that,” the lawyer said.

Masri noted the Supreme Court had yet to respond the petition.