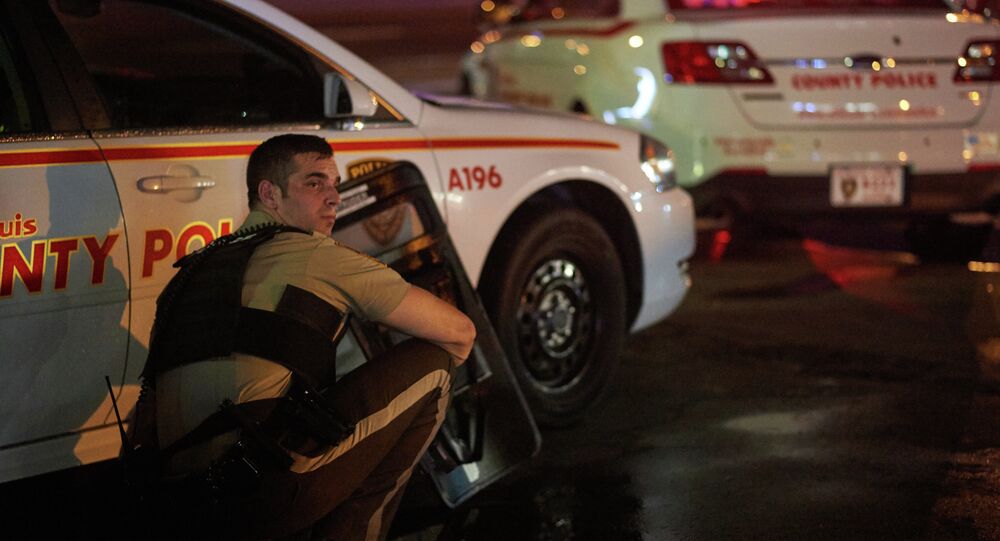 According to local police, a St. Louis County officer was involved in a shootout during the commemoration of Michael Brown's death.

MOSCOW (Sputnik) – A police officer was involved in a shooting in the US town of Ferguson, at a demonstration commemorating the one-year anniversary since an unarmed black teen was shot by a member of the law enforcement, the local police said Monday.

"A St. Louis County officer was involved in an officer-involved shooting after coming under heavy gunfire. During the gunfire, at least 2 unmarked cars took shots. We will release more details when available," St Louis police said on Twitter.

© AP Photo / David Goldman
Police Brutality in US Gets Worse After Ferguson Events – Activist Group
On Sunday, numerous people of Ferguson, Missouri, took to the streets to commemorate the death of Michael Brown. According to local media, the gunfire started late Sunday night.

Last year, the fatal shooting of Michael Brown, an unarmed black teenager, by a white police officer led to weeks of unrest in Ferguson, after the court decided to not indict the officer.

Police brutality and racial profiling have been major concerns in the United States following this and similar incidents.

Are the Police in America Above the Law?