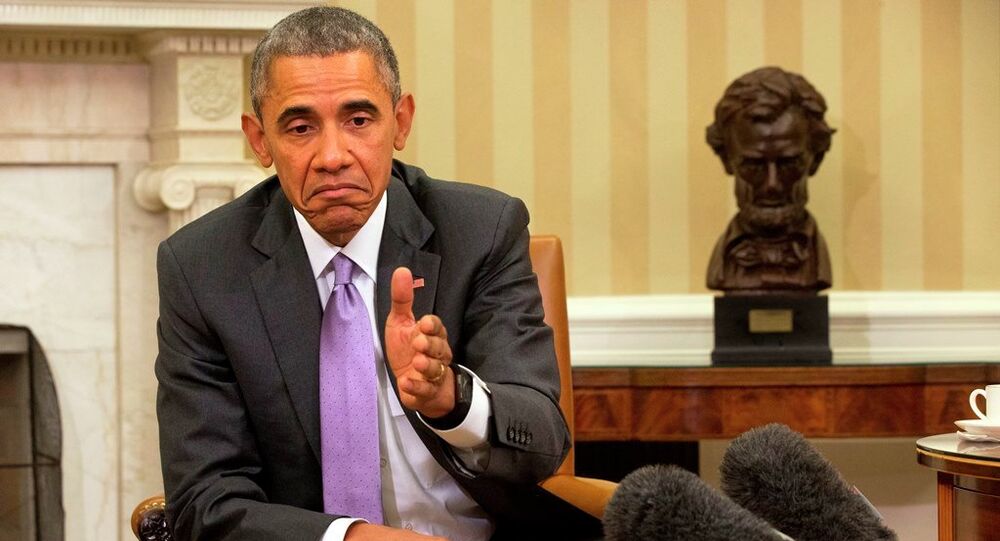 Obama's critics have never lacked topics to flay the president (think Obamacare or Islamic State) and recent decision to reduce the size of the US military by 40,000 soldiers due to spending cuts reflects this trend.

In an article titled "How Obama Shrank the Military," national security expert Mark Moyar accused the president of being the main culprit behind the untimely decline of the US military, which could result in America losing its much-coveted superpower status.

#isitok that Obama is to cut 40,000 US Army soldiers over the next 2 years….And ISIS are aiming to do the same?

What makes it even worse, in the eyes of Moyar, is that the end-strength reduction appears to be what Obama was planning all along.

Admin plans to cut 40,000 US troops from our Army. Another signal of weakness to our enemies. Obama and Dems want to hobble our forces #tcot

"The allocation of half the sequestration cuts to defense, at a time when it accounted for only about 20% of spending, was … President Obama's handiwork," the expert noted, adding that "his actions suggest that at the very least he was comfortable with its gutting of the defense budget."

Indeed, the president promised to end America's years-long military engagement in the Middle East and delivered. The administration used the generated momentum to push through the idea that the US no longer needed a large army to tackle challenges. After all, not only were the Iraq and Afghanistan campaigns over, the Cold War days of what Obama must have viewed as excessive spending were long gone.

© Flickr / thinkpanama
US Marines Bad at Math? Pentagon Still Can’t Account for Billions
The White House also tried to spin the new development as something the Department of Defense agreed with. But not all politicians and military officials have welcomed the sequestration.

Moyar quoted outgoing chairman of the Joint Chiefs of Staff Martin Dempsey as saying that the US "would no longer be a global power" if it had to cut its force to between 420,000 and 450,000 soldiers.

Senator Jim Inhofe called the force structure reduction Obama's "dangerous legacy of disarming" the United States. "It will take the next decade and new presidential leadership to rebuild the degradation of our Army and overall weakened national security," the Republican said in a statement.

U.S. Army to cut 40,000 troops in cost-cutting measure — Apparently Obama hasn't weakened us enough yet, Can we fight a war on single front

Moyar also added that "the person most culpable" in the latest downsizing of the US military is the one, who could overturn it.

"President Obama can stanch the bleeding, but it will require overcoming his distaste for working with Republicans and his aversion to acknowledging mistakes – neither of which will come easily," the expert concluded.