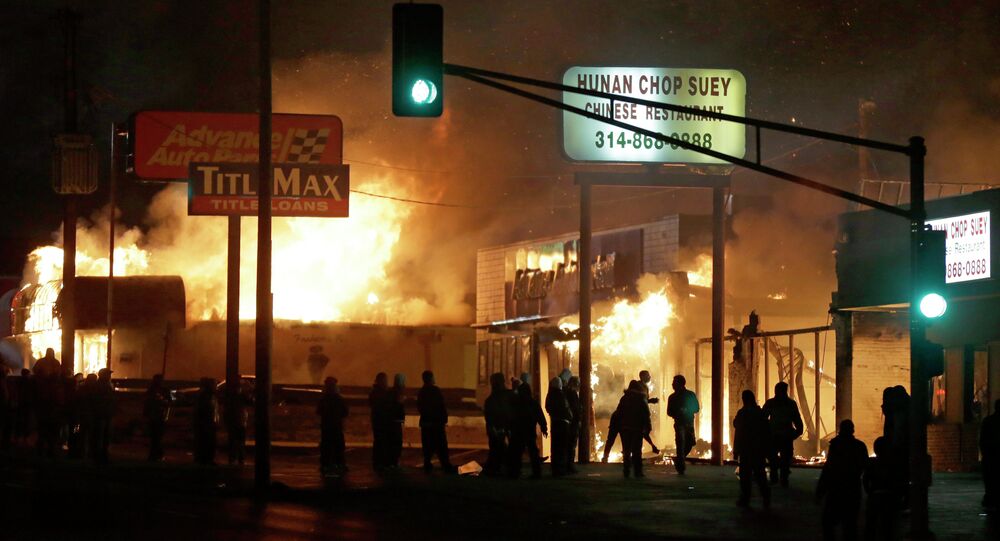 The business owners in Ferguson are planning to keep their businesses open during the weekend of memorial events on the first anniversary of Michael Brown’s death, official spokesperson for the City of Ferguson Jeff Small told Sputnik.

FERGUSON (Sputnik) – In November, numerous buildings in Ferguson were set ablaze and looted, during the protests against grand jury's decision not to bring charges against Darren Wilson, a white policeman who shot and killed Michael Brown, an unarmed 18-year-old African-American on August 9, 2014 in the St. Louis suburb of Ferguson.

The controversial jury decision also spawned a fresh round of protests in major cities across the United States, where protesters and rioters clashed with police and a beefed-up deployment of 2,200 members of the National Guard.

"We want businesses communities to be open… We ensure, we are going to do everything we can to make sure they can stay open. So far from what we know everyone stays open."

Small noted, however, that there were still a lot of fears from the businesses' owners whether they should stay open or closed.

"I think most of the businesses have taken down boards that had been up on their windows, but we do know that some of them put boards back on the windows just from insurance standpoint, because the insurance companies told them that if they were damaged again, they would not be able to receive money for any damage."

"So you’ll see some boards on the windows But most of them painted on their boards that they are open," Small concluded.