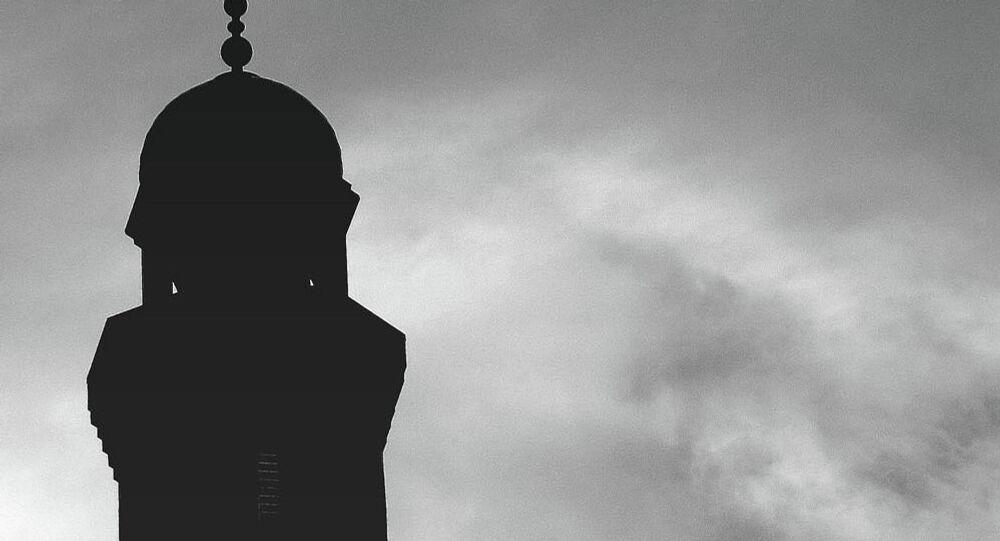 ‘See Something, Say Something’: US Muslims Urged to Spy on One Another

Critics of new efforts on the part of the US Department of Homeland Security and the US Department of Justice aimed at “countering violent extremism” say the programs are disproportionately targeting Muslim communities and are urging their members to rat each other out.

The “countering violent extremism” (CVE) pilot program states as its objectives 1) to better understand “violent extremism,” 2) to support local communities, and 3) to support local law enforcement. But many are concerned that these programs encourage an “improper characterization of American Muslims as a suspect community,” linking them, even if indirectly, to overseas terror groups like the self-proclaimed Islamic State, Shadowproof reported.

So new CVE office in DHS, 16 million (6 mil with the @RepJohnKatko amdt) and they debate again in five years. https://t.co/mfarKdgLTr

Personal Website of Dylann Storm Roof
Clear As Mud: Hate Crime for Whites, Terrorism for Muslims
All promotional materials issued by the Department of Homeland Security for the CVE initiative suggest the program is aimed at increasing the quality of security information in order to be able to react more effectively to potential terror threats.

That includes encouraging communities to report suspicious behavior. To that end, “functional standards” on how to detect suspicious activity have been issued. They include watching out for individuals “breaching an area with limited access to the public,” “eliciting information … at a level beyond mere curiosity,” and taking pictures of potential targets.

“There is aggressive recruitment of non-law enforcement individuals to act as a soft arm of law enforcement,” Shannon Erwin, co-founder of the Boston-based Muslim Justice League, told Shadowproof.

Moreover, Erwin suggests, DHS’ strategy fosters splits within the Muslim public, and plays up prejudices that are already entrenched in society.

“This is already intensifying the false ‘good Muslim, bad Muslim’ dichotomy and creating divisions within our community.”

Erwin’s criticisms are supported by other civil rights advocates.

“Clearly, this targets a single community, and creates the appearance that the Muslim community poses a disproportionate threat,” said Corey Saylor, the director of the Department to Monitor and Combat Islamophobia for the Council on American Islamic Relations (CAIR).

“You have not seen similar engagement of other groups that might be a natural fit for a program to combat violent extremism, such as white supremacists.”

Moreover, “the US government is putting itself in a position where it can be seen as approving of one version of Islam over another,” Saylor added.

#CVE — CVE by design results in profiling of Muslim youth. You cannot use such a program to reach out to youth. Also, Europe isn't a model.

Erwin and others are concerned that the CVE program is based on faulty science, as several studies show the “radicalization” model, focusing on ideology over other factors, to be problematic.

“[These programs] are deflecting attention from the real causes of violent extremism. They shift public attention away from our foreign policy, imperialism, and climate injustice,” Erwin told Shadowproof.

© AP Photo / Eric Gay
US Strategy on Domestic Extremists Biased Against Muslims - Experts
The US Department of State’s Bureau of Counterterrorism was given 60 recommendations to improve CVE programs, but it has yet to carry out more than half of them, a Government Accountability Office (GAO) report, released late July, said.

Data on violent extremism shows that what are described as white, right-wing extremist groups have carried out more acts of terror in recent years and killed a larger number of people than have Islamist extremists.

US Should Back Moderate Muslims to Deter Homegrown Extremism