In June, when a CIA drone strike killed an al-Qaeda leader who the agency did not know was among a group of militants, the United States showed that it continues to fire drone missiles at targets whose identities are a mystery.

The strike that killed Nasir al-Wuhayshi was a "signature strike," which takes place when a drone hits a target based on that target's behavior patterns rather than its identity, which is unknown to US intelligence. 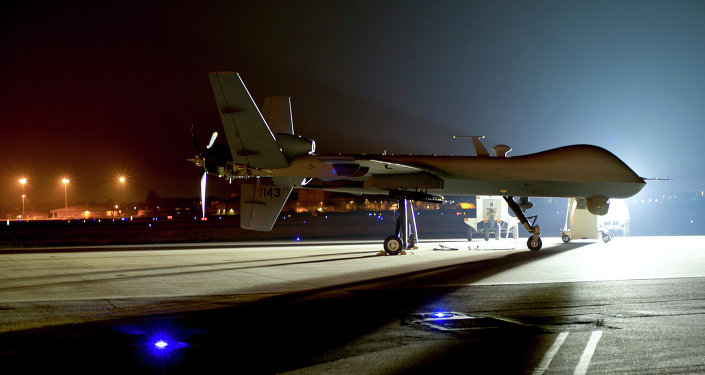 To determine targets for drone strikes, US intelligence analyzes metadata and tracks cellphone SIM cards. Monitoring electronic intelligence can help analysts connect the dots and map a person's activity, though often not the purpose or context of that activity.

Former CIA case officer Robert Steele, in an interview with Truthout, explained: "Signals intelligence has always relied primarily on seeing the dots and connecting the dots, not on knowing what the dots are saying.

"When combined with a history of the dots, and particularly the dots coming together in meetings, or a black (anonymous) cell phone residing next to a white (known) cellphone, such that the black acquires the white identity by extension, it becomes possible to 'map' human activity in relation to weapons caches, mosques, meetings, etcetera."

According to The Intercept: "Rather than confirming a target's identity with operatives or informants on the ground, the CIA or the U.S. military then orders a strike based on the activity and location of the mobile phone a person is believed to be using."

The NSA will typically pinpoint the location of a suspected terrorist's cell phone or handset SIM card and pass that information to the CIA or Special Forces, which will either launch a lethal drone strike or conduct a raid.

However, because the US government is targeting cellphone SIM cards that are supposedly linked to individuals, rather than the individuals themselves, innocent people are regularly killed, Turthout reported.

The government claims that signature strikes have killed many high-value al-Qaeda targets in Pakistan.

However, a report by the human rights organization Reprieve found that only 2% of those killed by drone strikes in Pakistan are top-level al-Qaeda leaders. The rest of those killed are either lower-level fighters who pose little existential threat to the United States, or else they are simply civilians or other unknown individuals.

That same report also found that US drone strikes kill 28 unknown people for each intended target.

Overall, US drone strikes and other counterterrorism operations have, so far, killed between 3,155 and 5,285 people, including around 563 to 1,213 civilians, in Pakistan, Yemen and Somalia, according to the Bureau of Investigative Journalism (TBIJ).

"Signature strikes, as a concept, is an incredibly imprecise method of carrying out what we are told are surgically-precise attacks that destroy the cancer of al-Qaeda, whilst leaving the rest of the tissue in fine fettle," he said.

"Actually, what they're doing is using patterns of behavior that aren't necessarily far from the norm to target groups of people where what the US would consider combatants and would consider noncombatants look pretty much the same and act pretty much the same. The core issue here is, actually, the CIA doesn't really know who they're killing, and they're using a tactic which exacerbates that problem," he added.