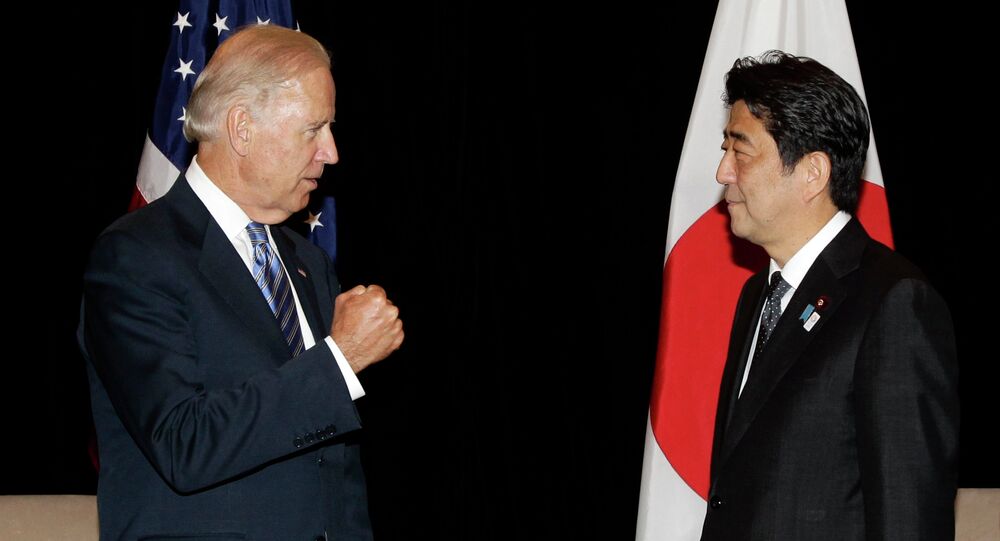 "If it is true that these Japanese individuals were targeted, it could shake the relationship of trust in our alliance and I would have to express serious concerns," Abe told Biden in a phone conversation, according to Japan's Chief Cabinet Secretary Yoshihide Suga.

Suga said Biden apologized for the trouble that the matter had caused the premier and people in his administration, Reuters reported. He declined, however, to comment on whether the United States had admitted to spying on Japan.

Biden assured Abe on that the United States limits its surveillance of friendly nations, the Associated Press reported.

"The vice president reaffirmed the United States' commitment made by President Obama in a 2014 presidential directive to focus our intelligence collection on national security interests," the White House said in a brief statement describing the phone call between leaders.

In 2014, following leaks from former NSA contractor Edward Snowden that caused diplomatic rifts, Obama promised that the United States would no longer monitor leaders of "friends and allies" without a compelling reason.

The leaked documents include NSA reports that date from 2007 to 2009 and provide intelligence on Japanese positions on international trade and climate change.

The Japanese targets, according to the documents, included ministry officials in Abe's government, as well as the natural gas division of Mitsubishi Corp and the petroleum division of Mitsui & Co.