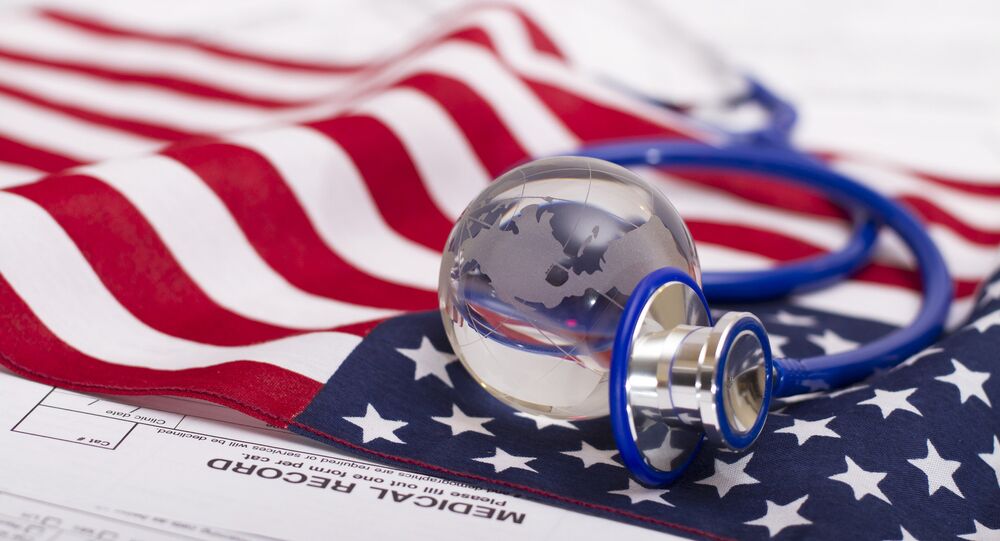 The Affordable Care Act - deemed ‘Obamacare’ by both critics and supporters - has provided health insurance to millions of US citizens, but most of them are dissatisfied with both coverage levels and costs, a survey released Monday suggests.

Just 16 percent of Obamacare customers felt “financially prepared” to handle their future health care costs, and only one quarter is confident they’ll have affordable care in case they need it, a new survey from consulting firm Deloitte reveals.

© AP Photo / Carolyn Kaster
Obamacare Backfires: Insurance Companies Seek to Hike Up Premiums in 2016
Only 30 percent of those surveyed were satisfied with the coverage they bought through the Obamacare exchanges.
Many of the survey’s more than 3,800 respondents were concerned about money.  Three-quarters said the total amount they needed to pay was decisive when they chose their Obamacare option.

On the brighter side, respondents said that, with the Obamacare program, they were getting health care that they might not have been able to afford otherwise, and they were twice as likely as uninsured Americans to see a primary care doctor, results that suggest at least one of the goals of the Affordable Care Act — a healthier population — is being realized.

Republicans need to stop trying to repeal #Obamacare. 19 million Americans have #healthcare that otherwise did not. #ItsWorking

© AP Photo / Pablo Martinez Monsivais
Obamacare Only Covers One Third of Americans Lacking Health Coverage
The Deloitte poll stands in contrast to earlier surveys conducted by the Kaiser Family Foundation. Their findings showed that 75% of exchange customers rated their overall coverage as “excellent” or “good.” The discrepancy could be explained by differing measurement tools.

Republican critics of Obama’s Affordable Care Act say the Deloitte findings correspond to their assessment of the program. They argue that high expenses, mainly by way of large copays and deductibles, have left customers of Obamacare functionally uninsured.

“The fact that so few people receiving large subsidies to purchase Obamacare coverage are satisfied is another testament to how the law has been an expensive failure,” US Senator John Barrasso, a Wyoming Republican, said in response to the Deloitte study.

Meanwhile, there are multiple cases of faulty exchanges being investigated around the country.

Republican senators, led by Finance Committee Chairman Orrin G. Hatch of Utah, insist the acting administrator at the Centers for Medicare and Medicaid Services, Andy Slavitt, return all the money received from faulty Obamacare contractors to the federal taxpayer, the Washington Times reported.

“These wasted dollars originally flowed from the federal Treasury, which is where they should return when they are recouped from contractors,” the Republican trio was quoted as saying by the Times.

The Supreme Court previously confirmed the broad outlines of the law are constitutional, ruling in June that the Act allows tax credits to be paid nationwide.

The Affordable Care Act, as Obamacare is officially known, was signed into law by US President Barack Obama on March 23, 2010, in a bid to make health care in the United States more affordable. The Obama administration argued that, prior to the introduction of the Affordable Care Act, the United States had an inefficient and wasteful system that did not always deliver high-quality health care.

YEY, my HC premiums finally changed the $2500 that POTUS promised. Wait, it was suppose to go DOWN $25k? Killing us #obamacare #aca

Republicans say that, despite the president’s promises, US citizens have not been able to keep their original health care plans or their doctors, and taxpayers continue to be hit by rising costs, decreasing quality of care and fewer health care provider choices.