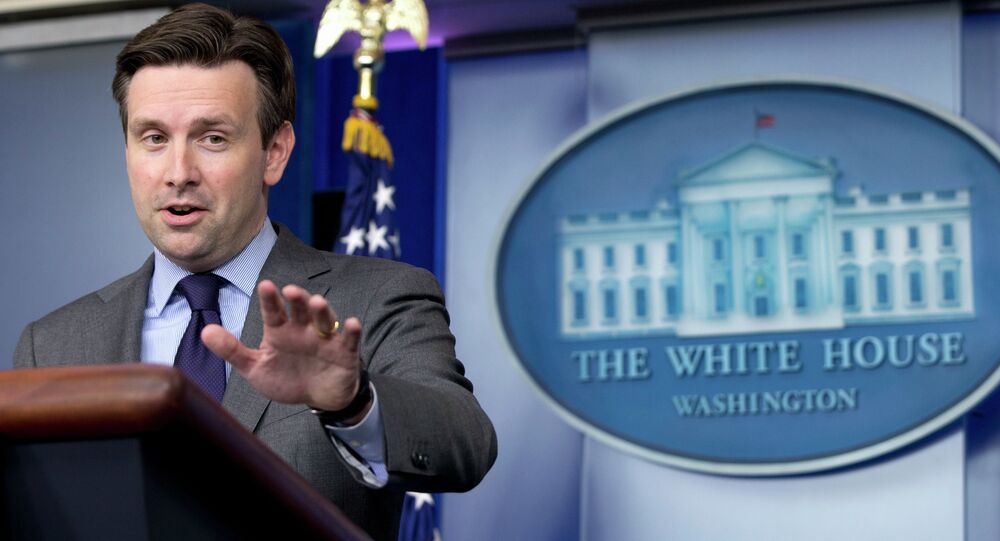 Mere weeks after the historic nuclear deal between Iran and the P5+1 nations was finalized, Tehran has already accused the United States of violating the agreement.

After months of negotiations, the Iran nuclear deal was finalized on July 14. Allowing the Islamic Republic to pursue nuclear energy for peaceful purposes, the agreement was heralded by the Obama administration as a major success.

"History shows that America must lead not just with our might, but with our principles," President Obama said in a speech. "It shows we are stronger not when we are alone, but when we bring the world together."

But according to a new complaint filed with the International Atomic Energy Agency, Iran feels that the US has already breached its newfound pledge of comradery.

Filed by Iranian Ambassador and Resident Representative Reza Najafi, the complaint refers to statements made by White House press secretary Josh Earnest. These comments occurred during a news briefing on July 17, only three days after a deal was reached.

During the news conference, Earnest went on to say that any future "targeting decisions" would be well informed, "based on the knowledge that has been gained in the intervening years through this inspections regime."

The complaint points out that the nuclear agreement was never meant as a way for the United States to gain intelligence information through the International Atomic Energy Agency. The very mention of such an act could potentially destroy the trust necessary for international inspections to be carried out.

"Recalling the past instances, in which highly confidential information provided by the Islamic Republic of Iran to the Agency inspectors had been leaked, posing a grave threat to the national security of Iran…it is absolutely essential and imperative for the Agency to take immediate and urgent action to reject such flagrant abuses…" the complaint reads.

Najafi includes his expectation that the IAEA "condemn categorically the July 17, 2015 statement by the White House Press Secretary."

While the nuclear agreement is intended to foster the Islamic Republic’s peaceful development of nuclear energy, it has also heralded an uptick in Western aggression in the Middle East. On Tuesday, former Undersecretary of Defense for Policy Eric Edelman encourage US Senators to expand the Pentagon’s presence in the Persian Gulf.

"I think we are going to have to expand our regional military presence to reassure Israel and the Gulf States and to deter Iran," Edelman said during a hearing on the regional impacts of the nuclear agreement.

Saudi Arabia has also begun bolstering its military capabilities, fearing the growing influence of its regional rival. According to former US Assistant Secretary Lawrence Korb, major US defense contractors have already increased weapons sales to Riyadh.

"The Saudis want the Patriot [air defense] missiles," Korb told Sputnik on Tuesday. "The Saudis feel that with Iran now getting relief from sanctions…they [Iranians] are going to be more aggressive militarily."