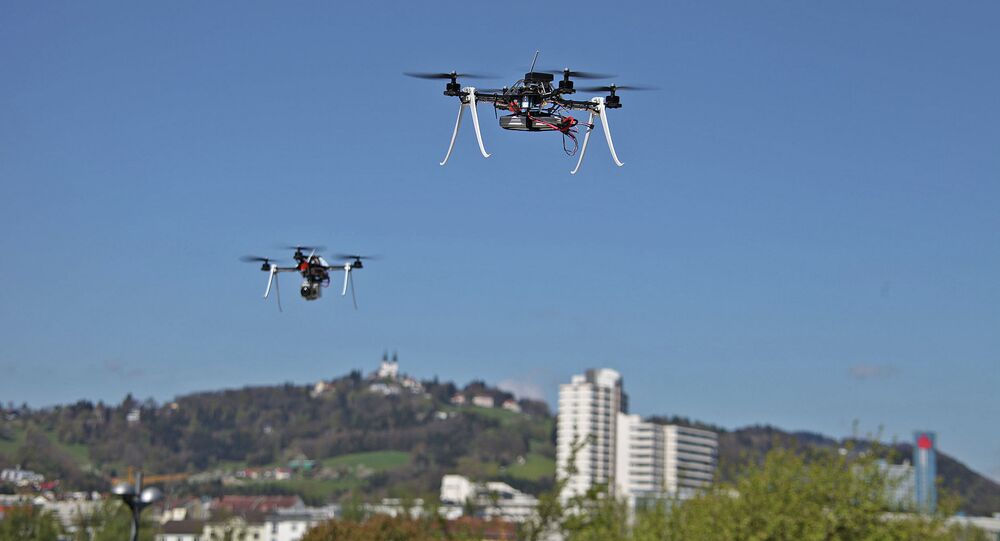 Aircraft Forced to Swerve to Avoid Collision with Drone

Drones appear to pose a real threat to US aviation, as a small civil aircraft had to make a maneuver to get out of the way of an Unmanned Aircraft System (UAS) in midair over South Jersey on Sunday afternoon, the Federal Aviation Administration (FAA) reported.

FAA authorities stated that a Piper PA28 aircraft’s pilot spotted a drone in the air about 25 miles away from Sewell Airport. He said he had no recourse but to make evasive action to avoid a mid-air collision above Washington Township, a community in Marion County, New Jersey.

No injuries have been reported.

The FAA launched an investigation into the case the next day.

It’s not the first time drones have been spotted by pilots in the air. Earlier this week, the pilots of two different commercial flights: Jet Blue flight 1843 and Delta Airlines flight 407, saw drones approximately 100 feet (30.5 meters) away while preparing to land at JFK. However, they didn’t take any evasive action to avoid the drones and landed safely.

A Lufthansa passenger plane nearly collided with a drone as it was preparing to land in Warsaw, Poland last week.

Although the FAA prohibits drones from interfering with manned aircraft and states that the latter have the right of way, its regulations can’t stop UAV enthusiasts from operating their devices, as long as they remain 5 miles away from airports.

A lack of further regulations could lead to an accident one day, if a drone fails to catch the eye of an unlucky pilot.Prior to the case, the US Department of Homeland Security reportedly informed law enforcement agencies that drones might be used for attacks. The department warned that the growing recreational and commercial use of unmanned aerial vehicles directly correlates with the rising trend of drone incidents over US airspace.

US Lacks Transparency on Drone Policy Despite Children's Deaths - NGO