Amid the scandal over a dentist from Minnesota who killed the world famous Cecil the lion during an illegal hunt in Zimbabwe, authorities there are now alleging that a doctor from Pennsylvania also illegally killed an African lion.

Jan Casimir Seski of Murrysville, Pennsylvania, is accused of shooting a lion near Hwange National Park with a bow and arrow in April.  The Zimbabwe National Parks and Wildlife Management Authority alleges that the hunt took place on land where it was not allowed and without approval.

The gynecological oncologist from Allegheny General Hospital in Pittsburgh is identified on many big game hunting websites as having killed many animals such as elephants, a hippo, an ostrich, an impala, a kudo, and a nyala, the Associated Press reported.

Alaska Bowhunting Supply had a photo up on Facebook of Seski and a dead elephant, with a caption claiming that it was the sixth African Elephant the doctor has killed.

"When hunters come into the country they fill a document stating their personal details, the amount they have paid for the hunt, the number of animals to be hunted, the species to be hunted and the area and period where that hunt is supposed to take place," Zimbabwe National Parks spokeswoman Caroline Washaya Moyo told AP.

"The American conducted his hunt in an area where lion hunting is outlawed. The landowner who helped him with the hunt also did not have a have a quota for lion hunting."

Zimbabwean authorities are currently seeking extradition of Walter James Palmer, the dentist who killed Cecil, the black-maned treasure at the park. They have suspended all lion, elephant, and leopard hunting in the area. 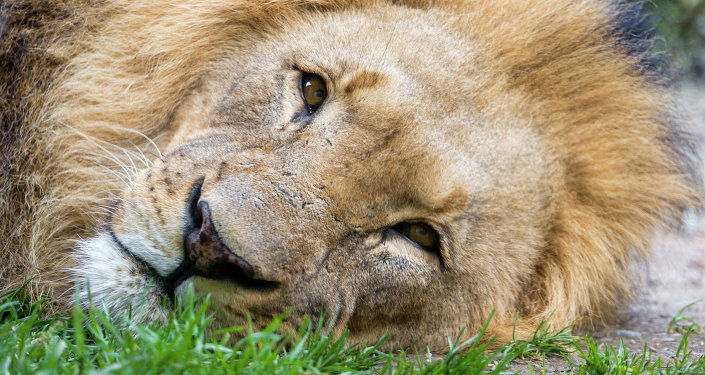 © Flickr /
Cecil the Lion's Killer Goes Off the Grid, But Protected by US Police

The owner of the land that Seski hunted on has been arrested and is reportedly working with the authorities who are now seeking the American doctor.

Online backlash regarding the death of Cecil has garnered such massive global support that the White House announced on Thursday that they would be reviewing a petition to extradite the dentist back to Zimbabwe to face charges.

The petition has garnered over 100,000 signatures.

Two Out on Bail for Cecil the Lion’s Death, American Dentist Still at Large