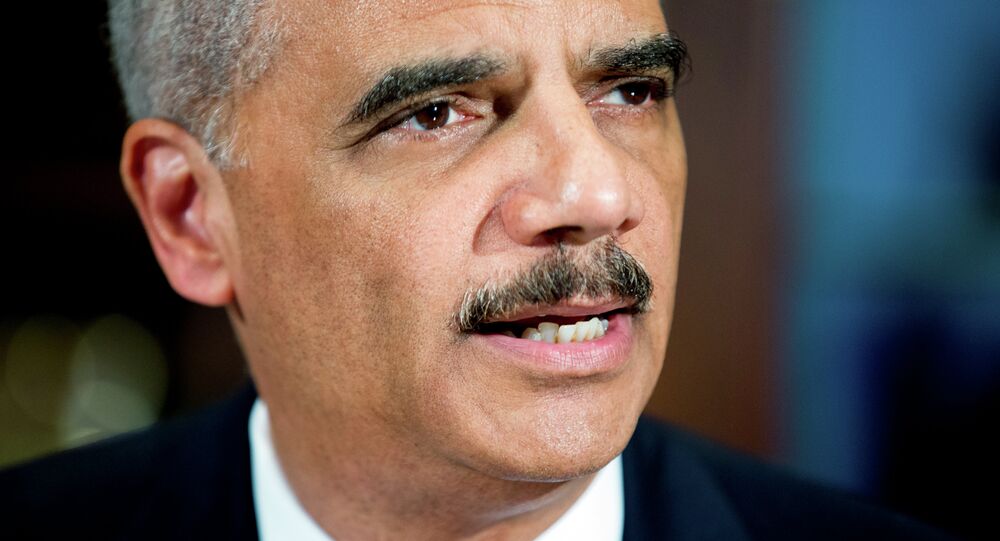 The FBI is investigating whether one of the guns used in the shooting at a Prophet Muhammad cartoons exhibition in Garland, Texas, in May, had been used in the FBI’s Fast and Furious program to catch Mexican drug dealers.

© AP Photo / Nomaan Merchant
Charlie Hebdo's Aftershocks: Shooting at Muhammad Cartoon Contest in Texas
Nadir Soofi, one of two assailants i the Garland shooting, is believed to have bought the gun he used at Lone Wolf Trading Co. in Phoenix, Arizona, in 2009. Nadir Soofi and another assailant opened fire in a parking lot near the Curtis Culwell Center in early may wounding a security guard in the leg. Police responded within seconds and killed both shooters.

Lone Wolf, it has turned out, was part of Fast and Furious, a secret effort to sell illegal weapons to criminals and track them back to drug cartels. However, federal agents ended up losing track of many of the guns some of which were found to have been linked to the murder a of U.S. Border Patrol in Arizona in 2010. The program became a complete fiasco and resulted in several hearings on Capitol Hill in which former Attorney General Eric Holder was called on to testify.

© REUTERS / Mike Stone
ISIL Inspired 'Lone Wolves' to Attack Texas
Soofi owned a small pizzeria in Phoenix in 2009 when he went to buy the gun. Having used false information to purchase the 9-millimeter, authorities put a seven-day hold on the transaction. However, the hold was lifted after only 24 hours for unknown reasons, the Los Angeles Times reports.

Soofi was not likely a target for Fast and Furious since he was not connected to Mexican drug cartels or traffickers and, like thousands of other weapons in the program, they lost track of his handgun.

The Garland cartoon convention was offering a prize for the best depiction of the prophet Muhammad. Soofi and his roommate and employee, Elton Simpson, arrived armed with three pistols, three rifles and 1,500 rounds of ammunition. Dressed in armor, they opened fire but were killed by local police.

© REUTERS / Mike Stone
FBI Identifies One of Texas Mohammed Art Contest Shooters
A 1998 graduate of the International School of Islamabad, graduating in 1998, Soofi was not on the FBI radar but authorities arrested Simpson in 2010 and he was charged with lying to federal agents about terrorism.

Simpson allegedly told an FBI informant "It’s time to go to Somalia, brother.It’s time. I’m tellin’ you man. We gonna make it to the battlefield…it’s time to roll."

US Unsure if ISIL Behind Attack on Texas Muhammad Cartoon Contest