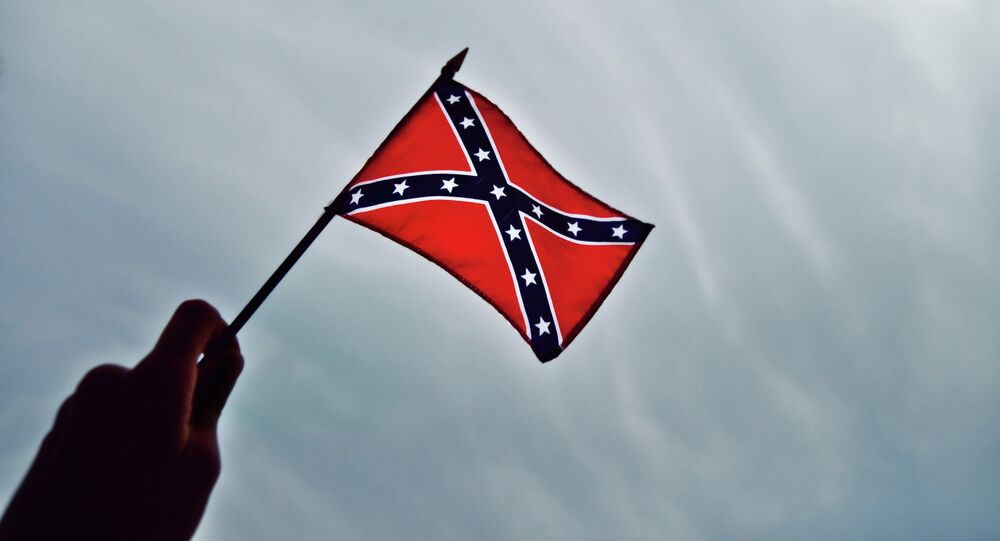 A US federal judge has ruled that the state of Virginia can stop using the Confederate flag on its future license plates.

WASHINGTON (Sputnik) — A US federal judge has ruled that the state of Virginia can stop using the image of the Confederate flag on its future license plates, local media reported on Friday.

The Washington Post reported that US District Judge Jackson Kiser plans to release a written order addressing whether the current 1,700 Confederate flags on state license plates will be recalled by Virginia.

In June, Virginia Governor Terry McAuliffe announced his plan to start removing the Confederate flag from state license plates, following a nationwide debate on whether the flag still had a place in contemporary America.

© Flickr / Matt Lemmon
Confederate Flags Found at Martin Luther King Jr Historical Site
The flag, also known as Stars and Bars, represented the Confederate States of America, an unrecognized confederation of slave-owning states in the south of the United States. The confederation was formed in 1861 in opposition to Abraham Lincoln’s presidential platform that stood against slavery.

Roof allegedly shouted racist remarks before opening fire on the congregation, and images of Roof posing with the Confederate flag in pictures soon surfaced.

South Carolina removed the Confederate flag from its state grounds shortly after the incident.

Iran, Trump Rising and a Confederate Monument Worth Keeping?

Stories Behind the Stories: On Confederate Flag, Trump, Marriage, MORE