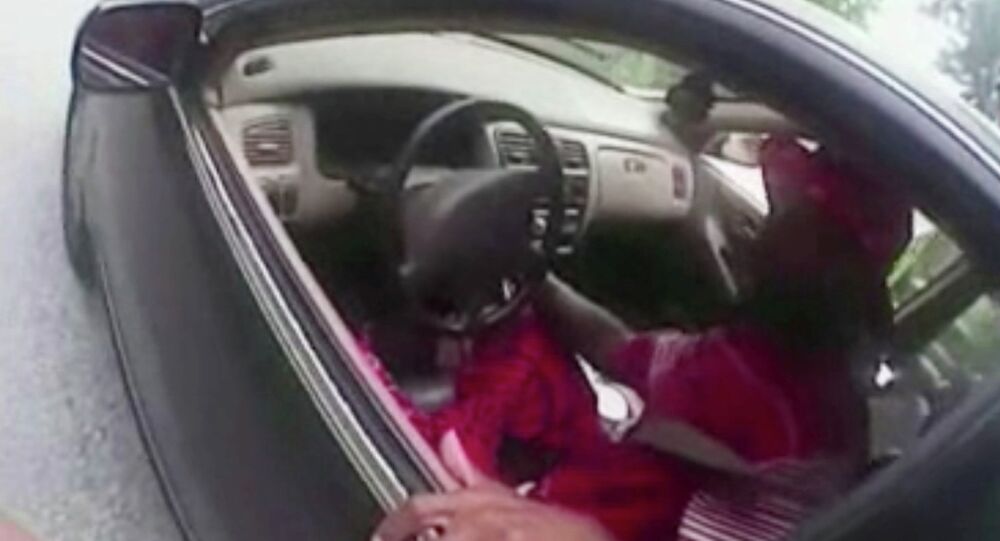 A Cincinnati grand jury has declined to indict two officers who witnessed - and allegedly lied about - the murder of Samuel Dubose by former University of Cincinnati campus cop Ray Tensing on July 19.

© AP Photo / Handout
Ohio Cop Who Shot Unarmed Black Man in Head to Face Murder Charges
Officers David Lindenschmidt and Phillip Kidd of the campus police were accused of making false statements to corroborate Tensing’s claims regarding the incident, which implied that he had acted in self defense when shooting the unarmed motorist in the head.

The University of Cincinnati Police announced on Thursday that the two officers were suspended with pay following the release of their body camera footage that documented the incident.

In the footage, Kidd can be heard saying that he saw Tensing being dragged by the vehicle, though he did not make that claim in his official testimony.

Lindenschmidt can also he heard corroborating the story that Tensing had told, claiming that he had acted in self defense. This third officer on the scene also did not repeat this story in his official testimony.

© AP Photo / John Minchillo
Cincinnati Braces for Riots After Cop Kills Black Man on Camera
"They had a traffic stop, the guy took off on him, the officer got caught in his arm, cause the guy reached for something he thought, so he grabbed on the car, that officer went down when he got tangled in the car, and fired," Lindenschmidt says in a video following the shooting.

"It is our belief that he was not dragged," County Prosecutor Joseph Deters told reporters. "If you slow down this tape you see what happens, it is a very short period of time from when the car starts rolling to when a gun is out and he's shot in the head."

Tensing had claimed that he was dragged by the vehicle, prompting him to shoot, but footage showed that he attempted to open Dubose’s car door, then almost instantly shoots the motorist in the head. The vehicle did not begin to move until after Dubose was shot.

"I fully agree with the decision of the Hamilton County Grand Jury" not to press charges on Kidd and Lindenschmidt, Deters stated in a press release Friday.

"These officers were totally cooperative in the investigation and consistent in their statements. There was some confusion over the way the initial incident report was drafted, but that was not a sworn statement by the officers and merely a short summary of information. When the officers were specifically asked about what they saw and heard, their statements matched Tensing's body camera video. These officers have been truthful and honest about what happened and no charges are warranted."

On Wednesday, a grand jury indicted Tensing for murder.  The former officer turned himself in and spent the evening in jail before his father paid over $100,000 of a one million dollar bail to have Tensing released.

Deters has stated that the killing of Dubose was senseless, and "the most asinine act I've ever seen a police officer make."