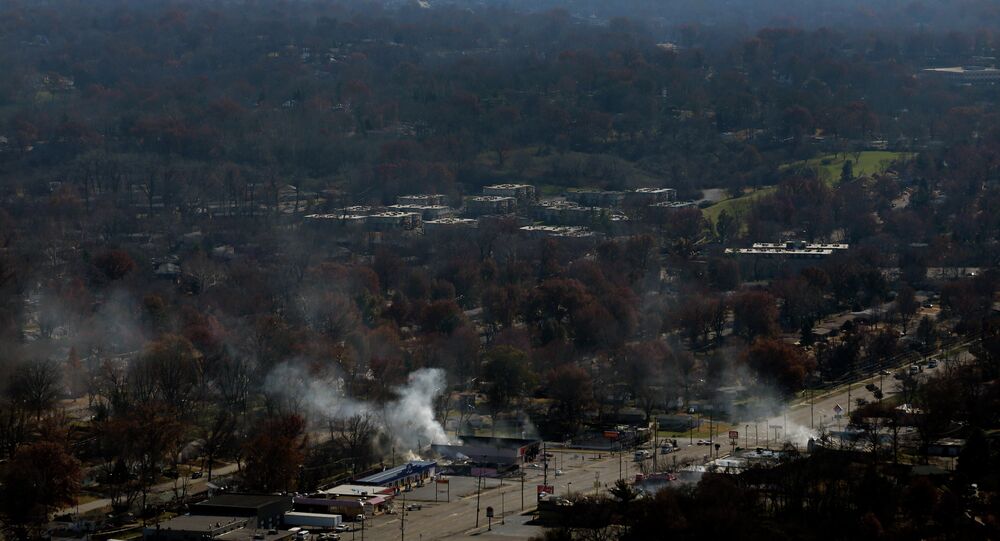 Fights broke out during a town hall meeting at a community center in Ferguson, Missouri Thursday evening. Mayor James Knowles was forced to flee as police made arrests.

According to witnesses at the scene, four or five individuals were arrested, including a minor that witnesses say was assaulted by a white woman.

Protesters gathered during the meeting to call for the resignation of Mayor James Knowles, who has faced criticism for his reaction to the shooting death of unarmed black teen, Michael Brown, in August 2014.

Mayor Knowles also warned demonstrators that anyone blocking traffic over the weekend of August 9 will “face the consequences.” That weekend marks one year since Michael Brown’s death at the hands of Officer Darren Wilson.

According to local media, some 20 protesters calling for Knowles to resign stormed the city hall building, interrupting the meeting. Police escorted them outside, where a “physical encounter turned into a fight.”

“The meeting included those that were calling for Knowles' recall & included several supporters. A disturbance escalated when a crowd… disrupted the meeting. Mayor Knowles had already left the meeting before the disturbance began,” the Ferguson City Council said on Twitter.