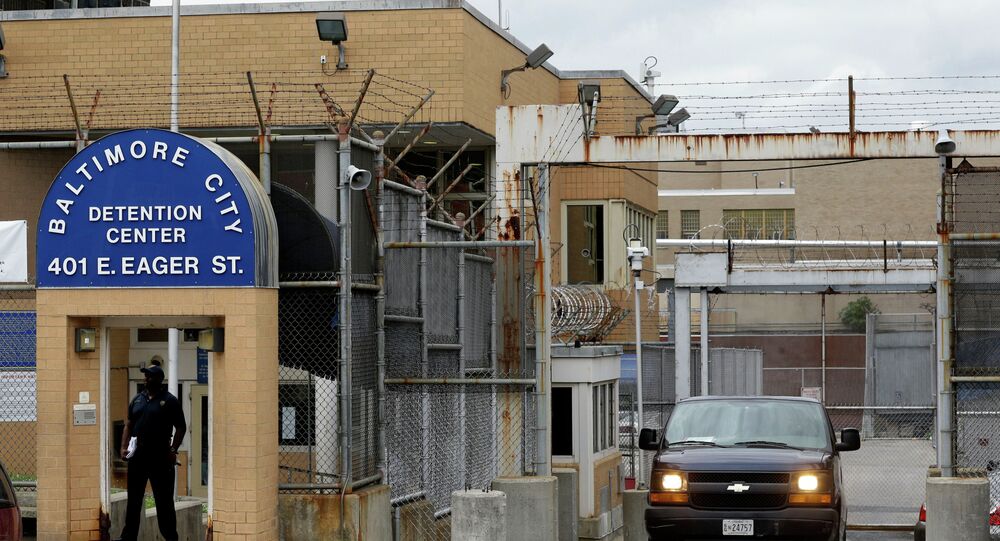 The Baltimore City Detention Center is being shut down at once.

WASHINGTON (Sputnik) — The Baltimore City Detention Center, one of the oldest and most dilapidated prisons in the United States, is being shut down at once because it was a center of corruption and gang crime, Maryland Governor Larry Hogan told a press conference.

“Inmates were literally running this prison,” Hogan told the press conference held outside the facility on Thursday. “We were the laughing stock of the nation.”

The prison is so old, it was built before the Civil War of 1861-65 and its roof was collapsing, Hogan said.

The Governor described the jail as “the worst prison in America.”

The prison currently has 1,092 male inmates, including 845 awaiting trial, and is located close to the center of Baltimore.

In 2013, under Hogan’s predecessor, Maryland Governor Martin O’Malley, 44 people including dozens of correctional officers working in the prison were convicted on charges of racketeering, drug trafficking, corruption and money laundering.

“The Baltimore City Detention Center is a disgrace and its conditions are horrendous,” the governor said.

Hogan, a Republican, did not mention O’Malley, now a candidate running for the Democratic presidential nomination, but he indirectly repeatedly criticized him by insisting the prison should have been shut down years before.

Leaving the prison open for so long had been “an utter failure of leadership,” Hogan claimed.

One Stabbed to Death, Two Wounded During Service at Baltimore Prayer Center